All Targets Great And Small

Home / All Targets Great And Small

A week ago I was looking at upside targets on ES and the extended target on ES was in the 3180 target, made by the close of the week. I had other upside targets too with an extended IHS target on NQ that made target at the same time, and bull flag high retests on DAX and ESTX50 that were also made. I have run out of upside targets across the main equity indices that I watch and the December high on SPX is either in or should be close.

In the short term there is an open 60min sell signal and an attractive trendline target currently in the 3150 ES area, ideally to be hit on Monday before a high retest, though there is an SPX trendline target below in the 3155 area that may hold instead, as SPX is the technical dog to the ES tail from a charting perspective. 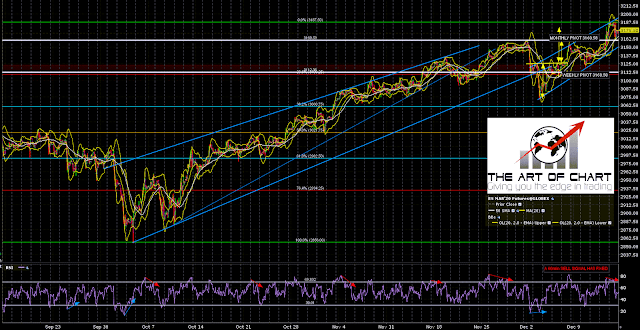 On the SPX daily chart I mentioned that new all time highs on SPX should deliver negative RSI 14 divergence and possible RSI 14 daily sell signal are now brewing on both SPX and ES. Another high retest could deliver a similar divergence on the RSI 5. 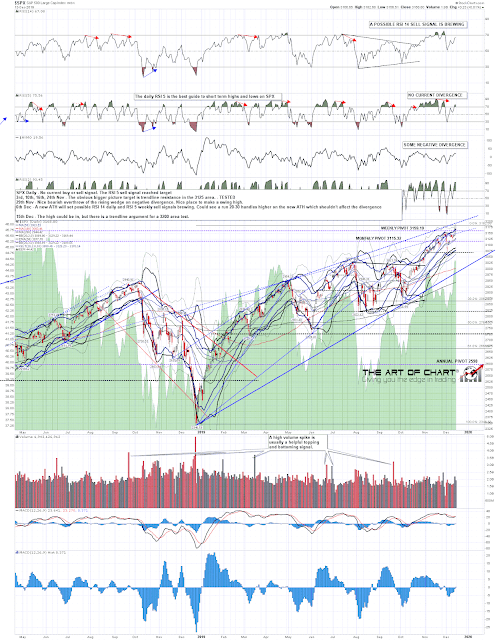 I was a little concerned to see that on the SPX hourly chart both RSI 14 and RSI 5 sell signals fixed on Friday. That’s not inconsistent with higher highs though and those might just deliver higher quality RSI divergences, ideally into the resistance trendlines crossing next week just under 3200. A break and conversion to resistance of the 50 hour MA, which closed Friday in the 3143 area, would increase the chances that the December high is already made. 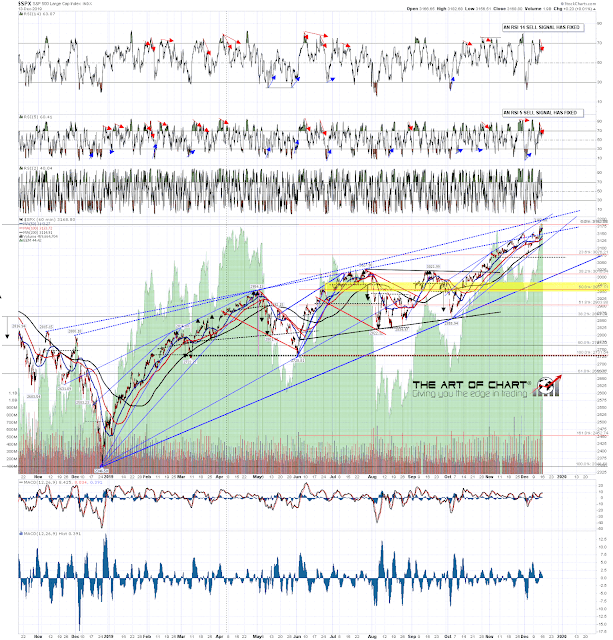 On the 5min chart the short term pattern is a decent quality rising wedge, with the obvious next target at wedge support, which closed Friday in the 3155 area. Ideally that gets tested Monday and holds, with another test of wedge resistance delivering the next high this week. 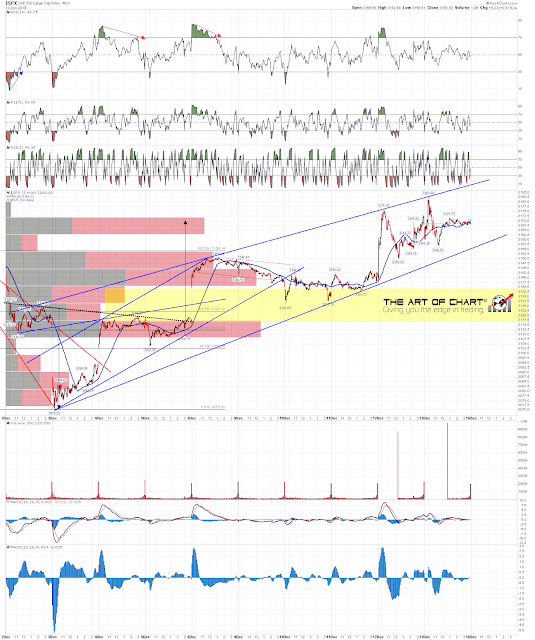 There is a lot of negative divergence here over multiple timeframes, so the December high could already be in, and this is a newsbomb rich and pre-holiday market, but so far everything is going to plan. As long as that remains the case we should be in a topping process here that might well deliver one of those memorable starts to January with big declines that we see every so often. If I’ve been a good boy this year, then that is at the very top of my list for Santa. We shall see 🙂