Today has been a choppy in-between day as SPX/ES has tested strong support and, so far at least, failed either to convert it to resistance and continue down, or rally strongly from it. However, we are likely to see one or the other of those soon and I’m surprised that the process has taken as long as it has so far.

On the bear side is SPX filling the gap from 2738.97 that I was looking at yesterday. As I write the LOD on SPX is 2741.47 — almost there, but there are no prizes for almost here. That gap needs to be filled to open the next target areas down. Our lean is that should be the way that SPX resolves out of this inflection point.

On the bull side is a failure to get down through support here, in which case, a weak hourly RSI 5 buy signal has already fixed, a full size one is brewing, and on a sustained break back up over 2763 the double bottom target would be in the 2784.5 area, with an equivalent setup on NQ looking as though it might deliver a retest of the all-time high there.

Price should decide one way or the other soon and we should then see the strong move from there that has failed to materialize so far today. Intraday Video from theartofchart.net – Update on ES, NQ, and TF: 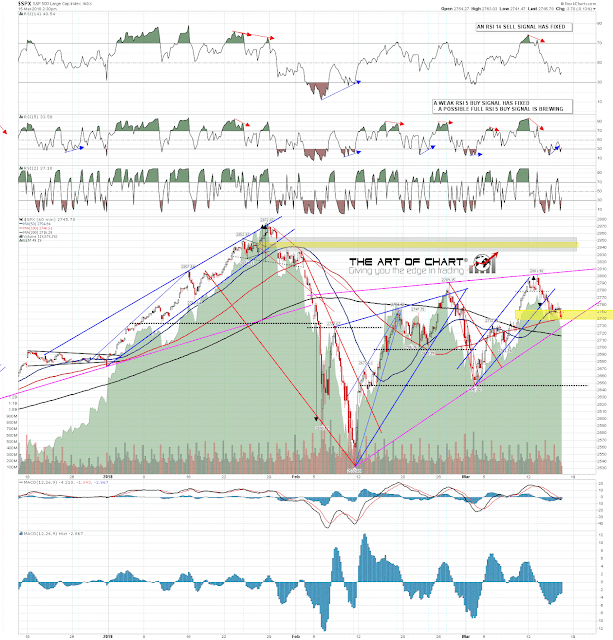