SPX is still testing the open island top gap from the March rally high, and that has been solid resistance so far. My lean is that SPX will likely break up through that within a day or two, but there is now a clear alternate downside scenario shown on the SPX hourly chart below. Partial Premarket Video from theartofchart.net – Update on ES, NQ and TF:

On the downside scenario, with ES and SPX trading at roughly the same level at the moment, support on the way is at the weekly pivot at 2718.9, and the daily middle band, now in the 2688/9 area. SPX 60min chart: 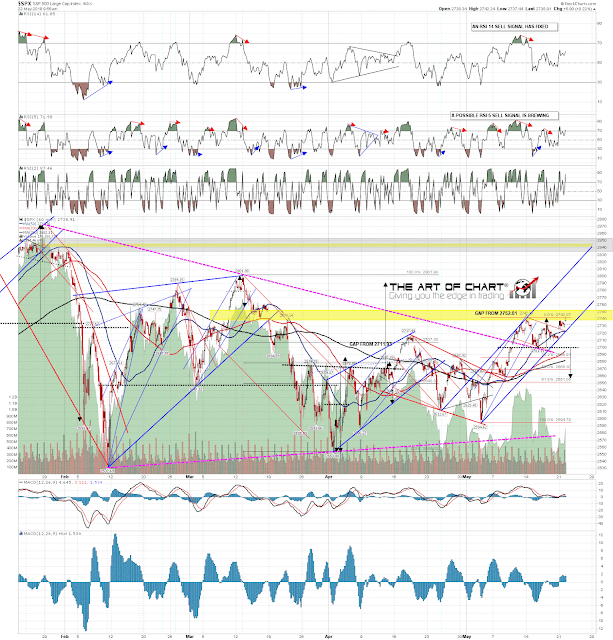