Last week I was talking about a backtest into the 5dma / 50 hour MA support area and we saw that, and another leg up over the daily middle band and the 50% retracement level that brings SPX up into resistance at the 61.8% retracement level at 2812 and the September rally high at 2816.94. I have a decent looking rising wedge from the low that has slightly overthrown wedge resistance and a lot of negative divergence on the 15min chart particularly. SPX 15min chart: 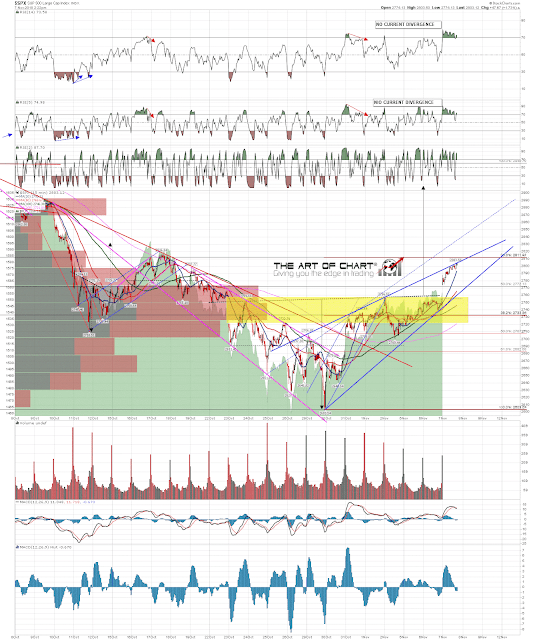 On the big picture we are likely soon to see a significant backtest on SPX, and that may extend lower into a full retest of the October low. If seen that may extend further into a retest of the 2018 low at 2532.69. Alternatively we might just see a partial retracement of the rally so far, and whichever way that goes we should then see a choppy sideways to up market into January. After that we should expect another big leg down and depending how that goes, 2019 may be a flat or red year like 2011 or 2015.  SPX 60min chart: 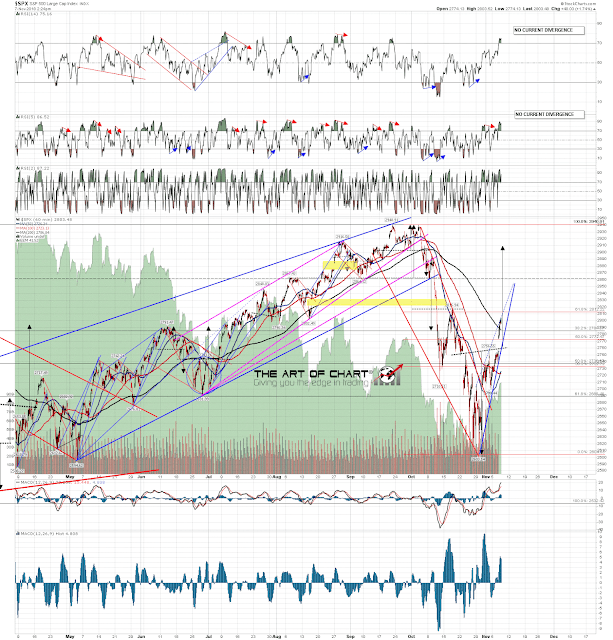