The bull scenario initially looked good after my post last week, with clear breaks back over the daily middle band and 5dma on Friday. That triggered the 5dma Three Day Rule, which, on a daily close back below the 5dma on Monday or Tuesday, would look for a retest of the most recent low. SPX then broke back below the daily middle band and 5dma at the close on Monday, and retested the 2670 low on Tuesday.

Now, I was saying last week that the alternate bear scenario would look for a retest of the main retracement low at 2603.54 SPX. We have not yet seen that full test, but after the current rally, it’s likely that we will see that test. At that test SPX either finds support there on a marginal lower low, or extends lower to the 2018 low & annual pivot area 2530-40.

In the short term, SPX is rallying on hourly RSI 14 and RSI 5 buy signals, and is trying to break up from a small double bottom. On a hard fail here, SPX should return to retest yesterday’s low, on a conversion of 2671 to support the double bottom target would be in the 2709 area, the falling channel resistance currently in the 2713 area, and important resistance on the way is at the 5dma now at 2693 (daily closing resistance only) and the 50 hour MA now at 2702.

At a fail either near here or at channel resistance, the obvious next target would be a retest of the 2603 low, most likely on Friday or next Monday, and the next inflection point would be there. On a break and conversion of 2720 to support the next rally would have started unexpectedly early. Whether or not the likely low latest by the middle of next week was in the 2600 or 2530-40 area, I’d be expecting at least a sideways to up consolidation into Christmas, and if the low was in the 2530-40 area, then the ideal subsequent rally target would be a larger H&S right shoulder high in the 2870 area.

We are running our yearly Black Friday (period) sale on annual subscriptions at theartofchart.net, and if you are interested you can find that here. 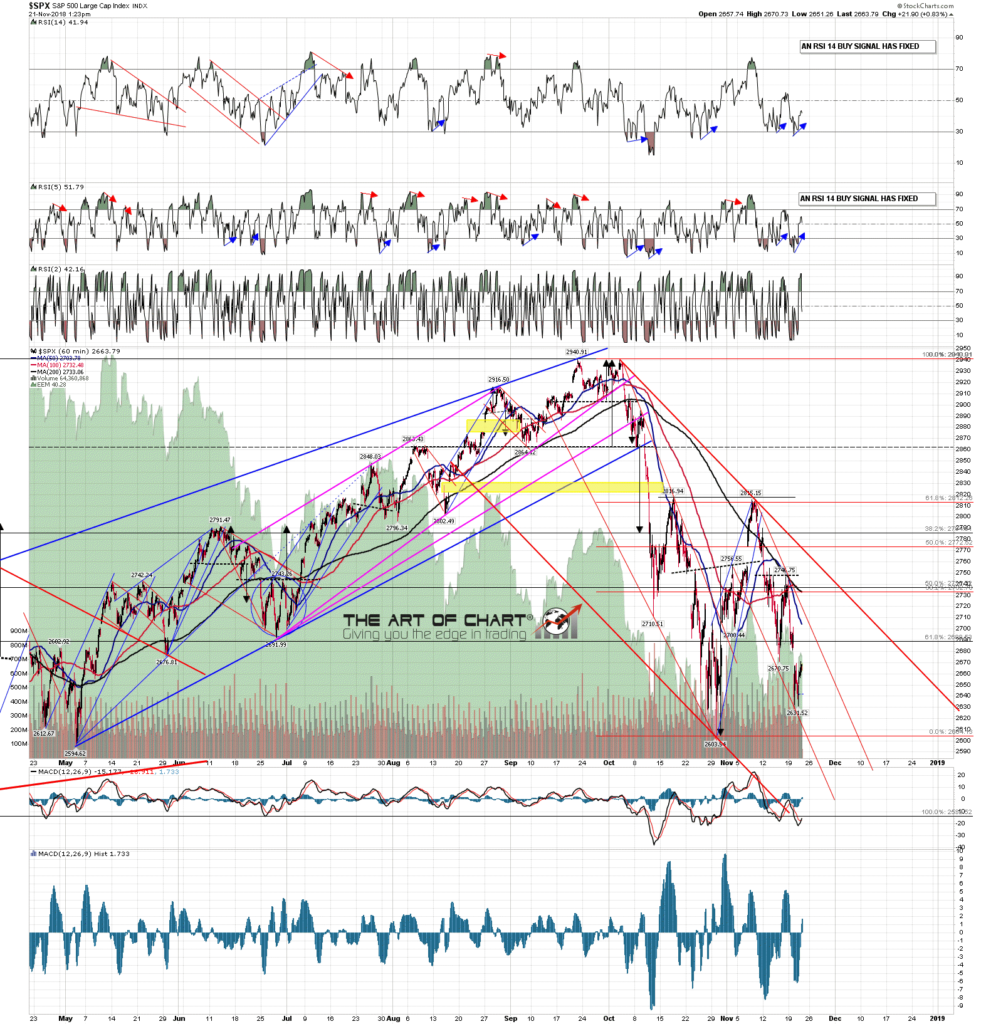 Everyone have a great Thanksgiving! 🙂