Below are the actual tweets from the Vega Options private twitter feed. On March 2nd I notified the subscribers what option strategy I was considering for a potential move lower in SPX. 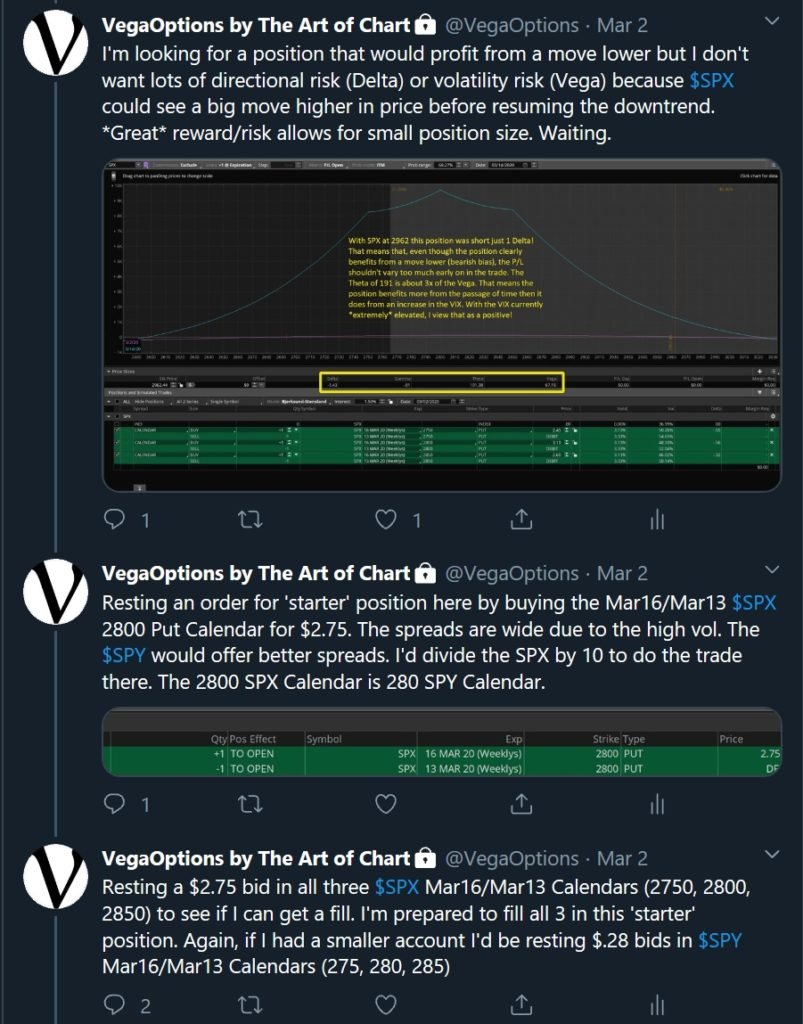 As you could see in the above tweets I also referred to the same strategy in the SPY because some traders prefer the smaller size and tighter bid/ask spreads in the SPY. Below is a better view of what the risk profile looked like when I was considering the trade.

As I began to get filled on the position on March 2nd I tweeted that to the subscribers.

On March 3rd I added size to the position. 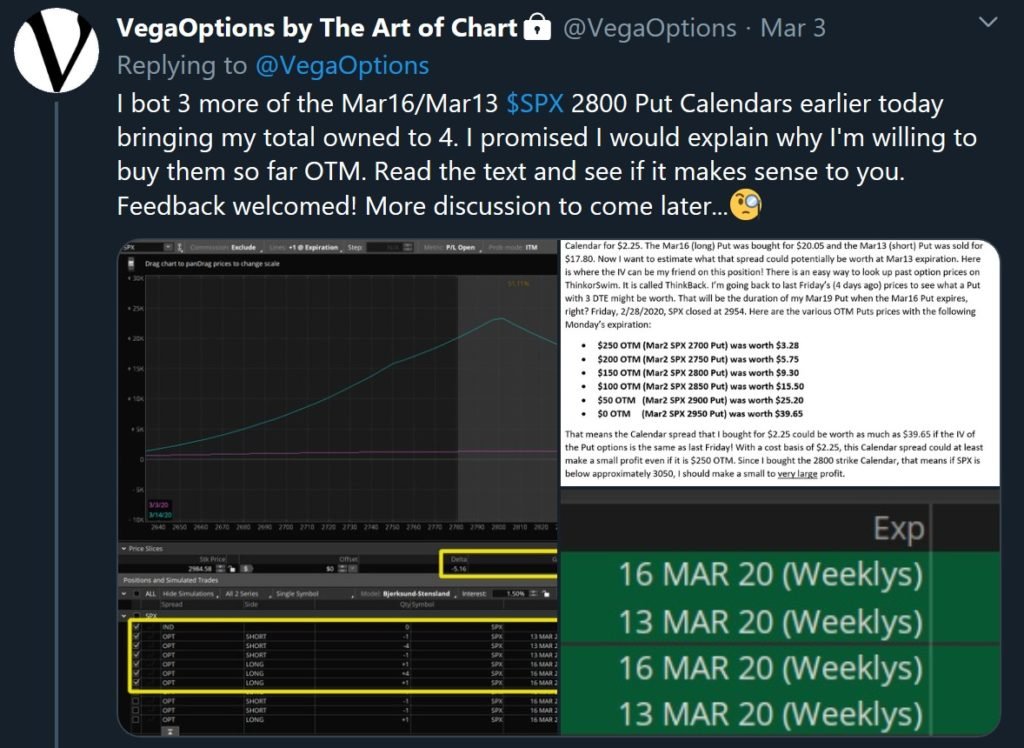 On March 5th I discussed at what SPX price I would be willing to add even more size to the position. I started out with a small position on March 2nd and three days later it was a full-size position. 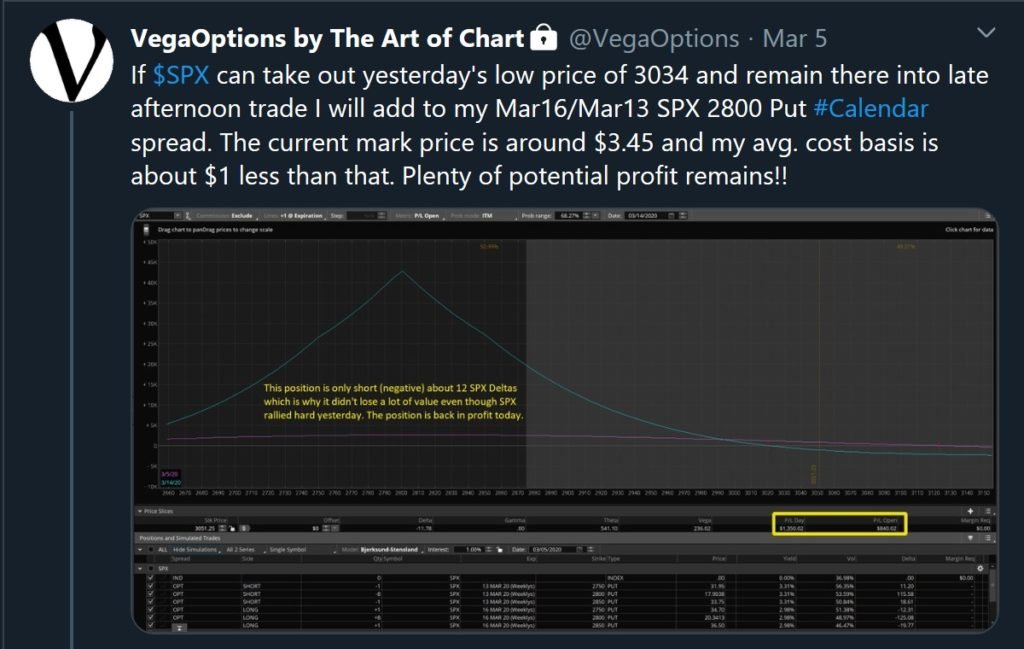 By March 6th the position had a 100% return on risk but I explained why I wasn’t selling a portion to reduce risk. The position structure was such that SPX price could see a huge swing higher or lower and I’d still retain a good profit. 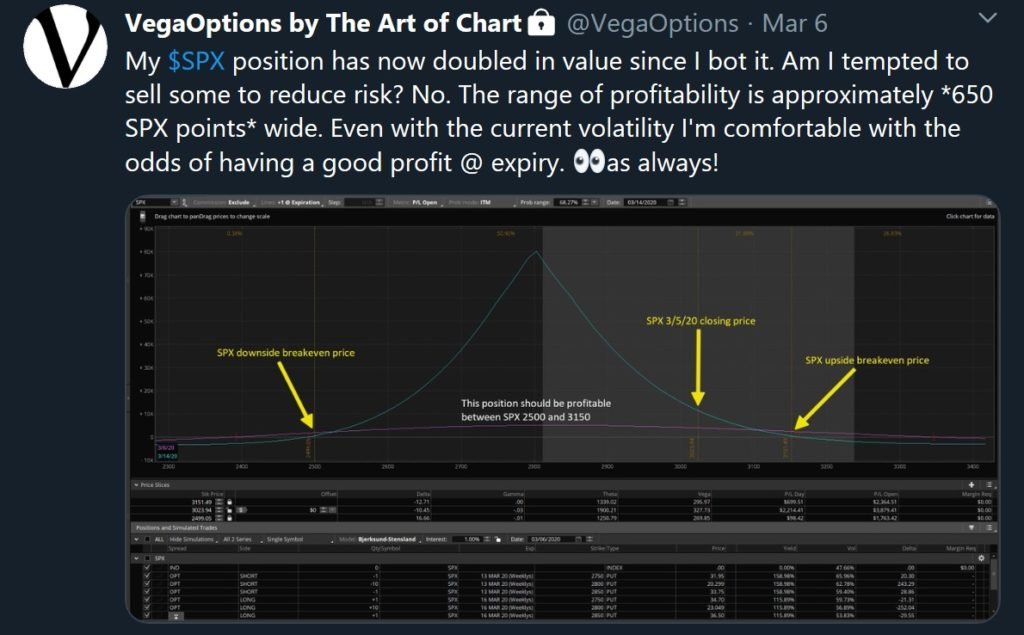 As SPX continued sharply lower in price I began rolling the position down to increase the profitability at lower strikes. By collecting a profit for those transactions I was actually reducing the average cost of the position as well as moving the center of profitability lower. 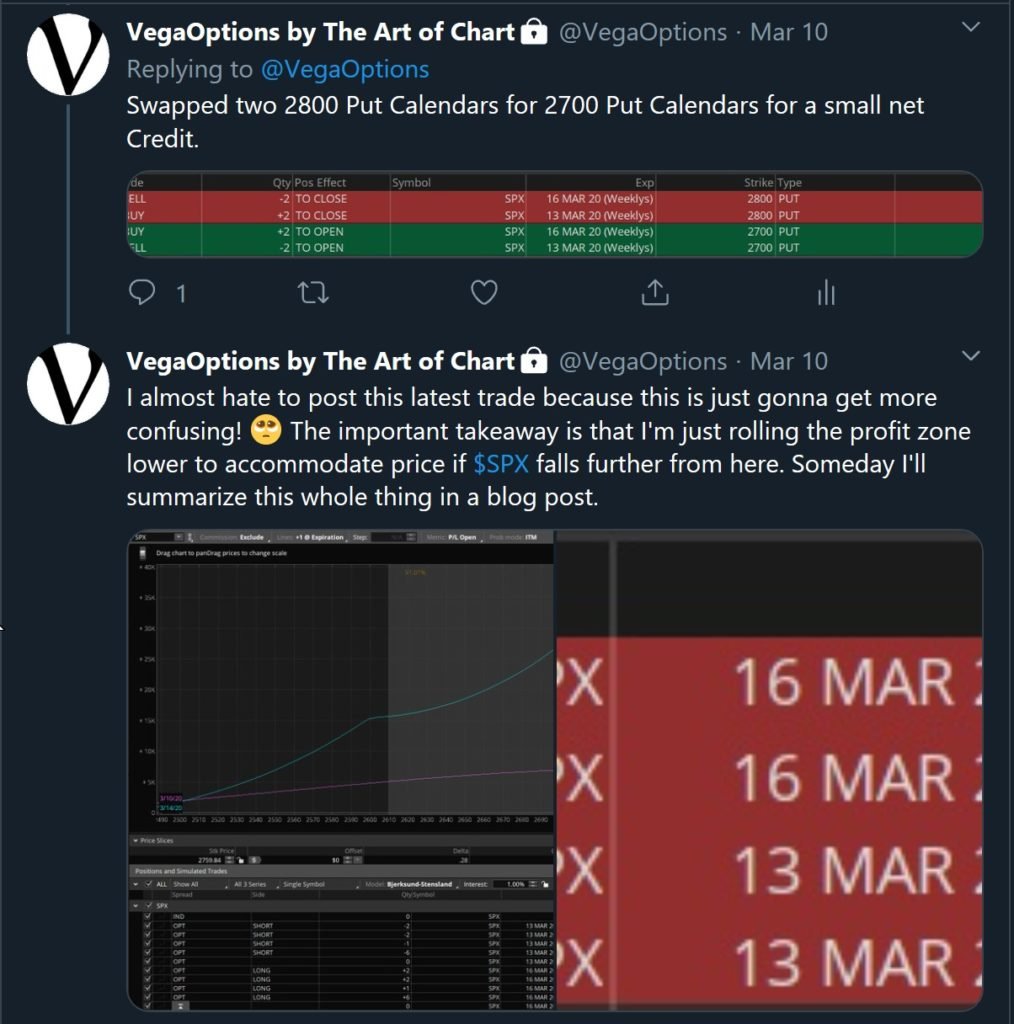 After eleven days in the position, Friday March 13th was payday! I started exiting the Calendar spreads in the morning and was completely out of the position by noon. When all was said and done, I had originally taken on $3,300 of risk and closed the position with a profit of over $24,000.

Now, full disclosure, I would not have been able to book profits like that unless the VIX (implied volatility of SPX) has risen dramatically last week. Normally the strategy I employed would offer superior reward/risk but not that superior! Still, strategy does make a huge difference in potential profitability and it was because of the strategy that I did not feel compelled to exit the position even on days where SPX was up 4-5%. Staying with a trade can make the difference between profit and loss.

That is all I have for you now. If you are not a subscriber and you would like access to the Vega Options private Twitter feed, you can sign up for a 14 day Free Trial to try out the service. What have you got to lose, it’s free!