SPX and RUT both broke with confidence over their daily middle bands on Friday and such a break is a two-day process. Bears get a potential “Get Out Of Jail Free” card the next day if they can deliver a rejection candle that closes back below the middle band, and bulls need to deliver a second close over the middle band to confirm the breakup. With SPX at 2773 at the time of writing and the middle band at 2721 and with an hour of the trading day remaining, I am fairly confident that there is going to be no rejection candle today. This opens higher targets including possible all-time high retests on both SPX and RUT. NDX is already close to an ATH retest, which now looks likely. Intraday Video from theartofchart.net – Update on ES, NQ, and TF:

Rejection candles are pretty common, and the bears put in a decent start to one at the low this morning, but that was bought and at this stage of the day they are most unlikely to recover. Rejection candles are a limited time offer and need to be delivered the next trading day, so at the close tonight the daily middle band is a confirmed support level. SPX daily chart: 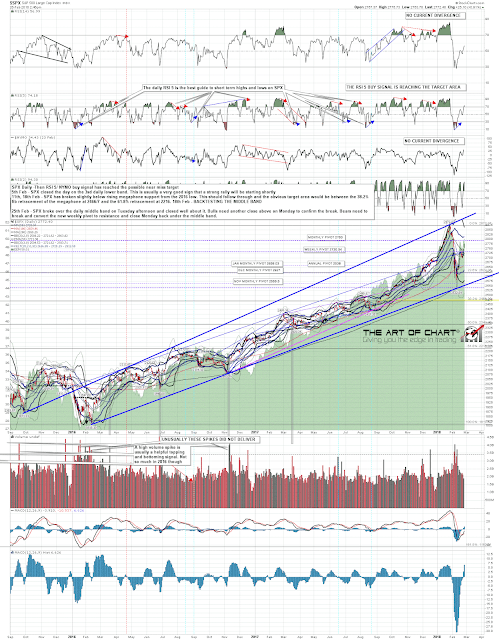 What happens if we see an all-time high retest? Well, that might well be the second high of a double top, but that will be easier to call on the structure when we see the retest.