That move may be bottoming out for the moment and, if so, that should be the end of wave A, with a wave B rally in progress now or soon, and a likely wave C down after that to complete this move from the high. There are a number of possible options for the wave C low, but my favorite would be a retest of the 2018 low at 2532.69, just under the annual pivot at 2538. There is a possible H&S neckline at that level. If SPX does a 50% retracement from the current low then the target would be in the 2825 area, though there is impressive looking resistance in the 2790 – 2800 area that may hold as resistance. 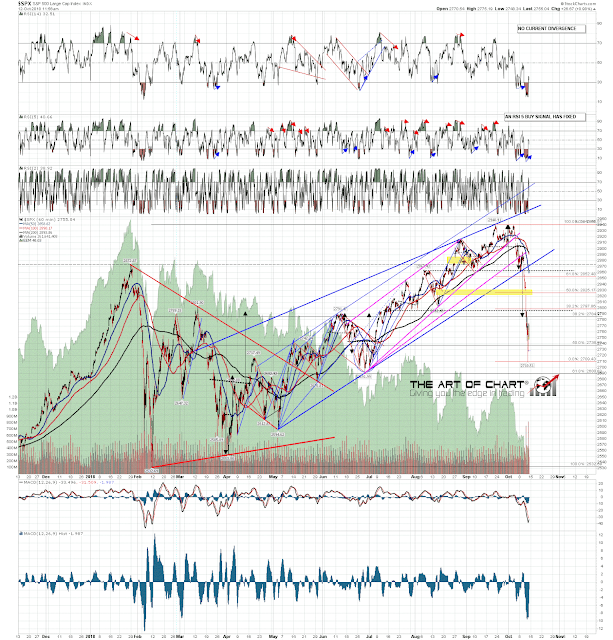