Several commodity markets are poised for well-defined up-trends this year. I plan to write about these markets on a bi-weekly basis as the views presented here are more thematic and longer term in nature. Updates to the trading strategies published here will be provided on an ongoing basis.

In this issue, I will be focusing on China and the commodities most likely to be affected by the China / US Trade Negotiations. I am expecting the main commodities to be affected are Lean Hogs, Corn, Wheat and possibly Natural Gas.

Please see the past issues of the Commodity Advisory Newsletter for more information on the Lean Hog crisis in China as this has been discussed previously. 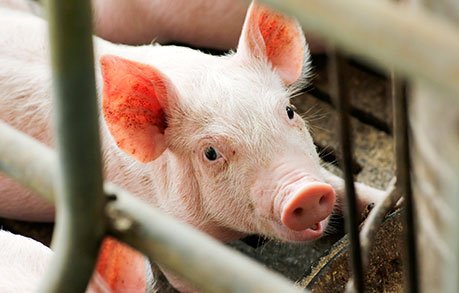 Since the Commodity Advisory Newsletter published on 2-24, The Lean Hog crisis in China is much worse that reported. It appears that farmers are not reporting accurate culling as they are citing the political sensitivity of the matter in China and fear of political backlash. Infections may not be reported by officials due to the subsequent cost of compensating farmers for their livestock losses.

According to the Chinese Agricultural minister, the number of productive sow herds has dropped 21%. The graphic below is based on the 2018 world wide hog production according to Statista. The 2018 production numbers put into perspective that China is the dominate producer of Hogs and Chinese officials are expecting about 300 million head in production this year, again based on under reported numbers. 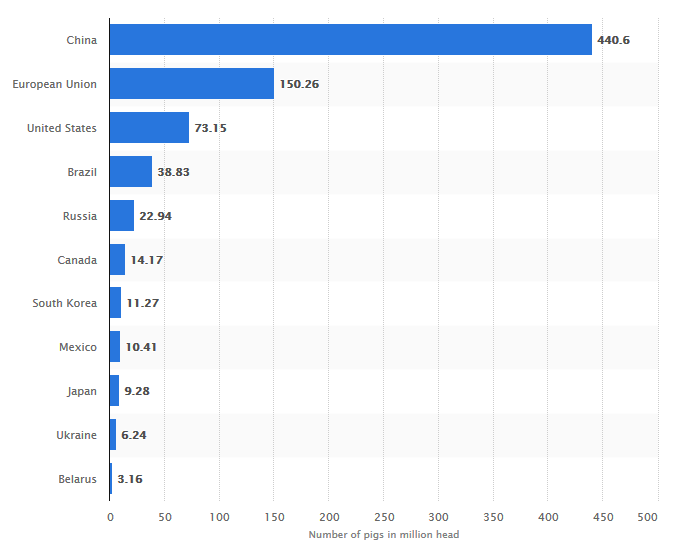 As mentioned in previous in past issues of the Commodity Advisory Newsletter, the African Swine Fever has spread into Mongolia and also into Vietnam and South Korea has taken precautions at the boarders to prevent the spread. There is no vaccine to prevent pigs from being infected and developing one could take years.  It is estimated that it could take 5 years to replenish the Chinese hog stocks and this could result in an annual pork deficit in China of over 16.2 million tonnes, an amount 1.3 times as large as the US production last year.

There are two bottom line messages that I draw from this data:

1. The global lean hog capacity is not available in the world to make up for this crisis unless China is willing to pay a high enough price. The price of lean hogs is likely to remain escalated for years.

2. This event is likely to restructure China’s farm industry and likely will escalate meat prices (not just pork) globally.

I am surprised by the lack of reporting by the financial press as this event has major global implications which are just now only beginning to be understood. Demand from China for hog products will escalate once the 62% US tariff is reduced, more goods will flow from the US to China and prices for lean hogs will likely remain escalated. The magnitude of this problem in the farming industry has never been seen before.

Taking a look at the technicals, we have now exited from what I call the “expectation phase” of the crisis with the 45% price spike in one month and are now moving into the “realization phase” of this crisis which usually involves selling the news and consolidation with higher prices yet to come. As the data gets clearer and clearer as to the magnitude of the situation, and we see China buying more pork, likely we will see higher prices into my next high window in June. I am looking for support around 92.30-50 in the August contract, my target for this year is in the 105-107 range for Lean Hogs (August).  I am long and carrying a trailer in the August contract and also the February contract. Both positions are in profit with stops at entry. This is not a market I would short except to day trade the headline minefield that we are likely to encounter in the coming months.

Just a note, I am already long Live Cattle as we are technically close to a reversal but also I am expecting spill over into the Cattle market from the Hog crisis. Keep in mind the feeder cattle die off this winter and we have a stage set for a meat theme this year and higher prices.

Trading futures with the implied volatility over 40% requires clear discipline and stop management. Future longs in August should use a 92.30 stop and we will likely see lower prices as RSI has not yet made target in this retest. We can also form a triangle here so with the implied Vol as high as it is, consider selling August puts well out of the money at $80 and collecting the premium. Also consider long futures in August above $95 with the stop referenced above. On the Weekly Call, I will be adding size to both the August and February positions once a reversal is seen. I post these trades on our private twitter feed. 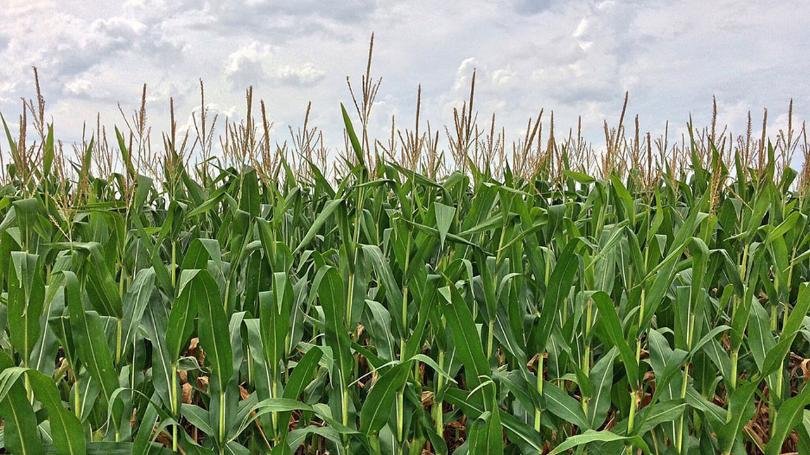 My main message on corn and wheat is that they are sufficiently beat up here to now see a short squeeze rally. Fund Managers as of April 23rd according to the CFTC COT data have set a  new record for short positions in Corn and open interest has dropped to 40,490 contracts. Just this alone is enough to get me interested in a long but in addition we have China making claims in the negotiations that they may purchase 10 million tonnes of corn and also 3 million tonnes of ethanol. This equates to over 750 million bushels of corn and is certainly enough to create a sustained rally.  I think fund managers are looking at just domestic usage and production so given these numbers it is understandable why they are  short.

Thursday last week Corn experienced a reversal which was confirmed on Friday with follow through. A retest of the low is likely and the gap from Friday will likely be tested on Monday. If the gap holds, expect a short squeeze in the short term on Corn and post negotiations with China, look for a sustained rally.

On the retest of the low we will have a setup on Corn for a long position. Consider Long July futures in the gap from Friday with a stop below the low or a call spread in July 3.60/4.00 to eliminate downside risk.

The trading strategy review below has a summary of trades based on this and also past Commodity Newsletters. These trades are further discussed each week on The Weekly Call which can be found HERE.

The trading strategies below represent positions taken by this newsletter and shorter term positions covered by The Weekly Call. See the Weekly Call for the latest updates to these positions. 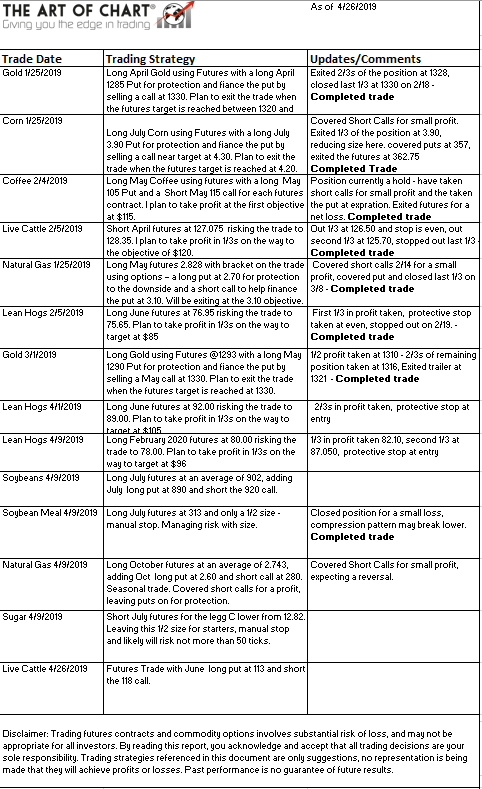 Disclaimer: Trading futures contracts and commodity options involves substantial risk of loss, and may not be appropriate for all investors. By reading this report, you acknowledge and accept that all trading decisions are your sole responsibility. Trading strategies referenced in this document are only suggestions, no representation is being made that they will achieve profits or losses. Past performance is no guarantee of future results.