SPX made a high early this week, broke down from a decent quality falling wedge and the obvious retracement targets were either the 38.2% or 50% retracements in either the 2840 or 2820 areas before another likely leg up.

Sometimes however any initially promising looking topping pattern evolves into a flag as the index trades gently sideways to down, and so far at least, that is what has been happening here. SPX may yet make a lower low, unless this is a triangle forming here, in which case SPX would likely test triangle support in the 2876-8 area before breaking up into a new high for June. If we are going to see a full retest of the all time high, I would expect to see that on this leg up into the next high window in the last few days of June, and then likely lower. 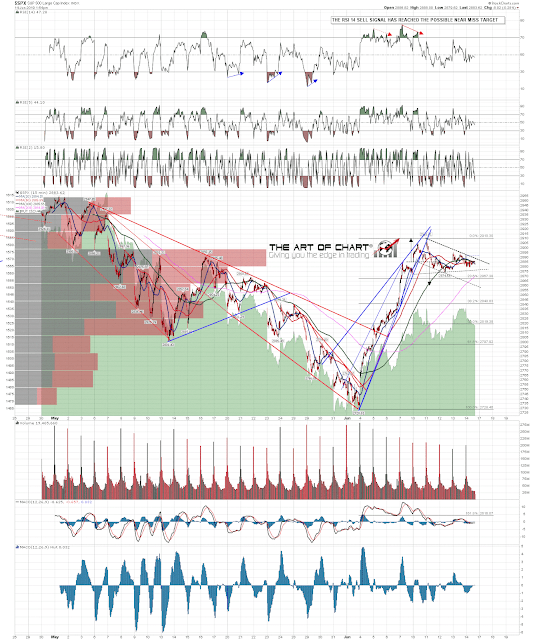 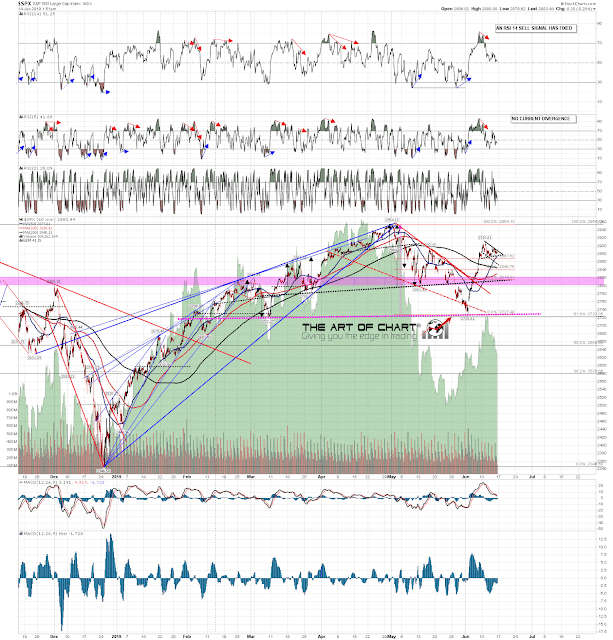 On the daily chart the retracement has tested the 50dma and found support there so far. A higher high on SPX would likely set a possible RSI 5 sell signal brewing, though if that leg up reaches the retest of the all time high then this modest negative RSI 5 divergence might not survive that far. 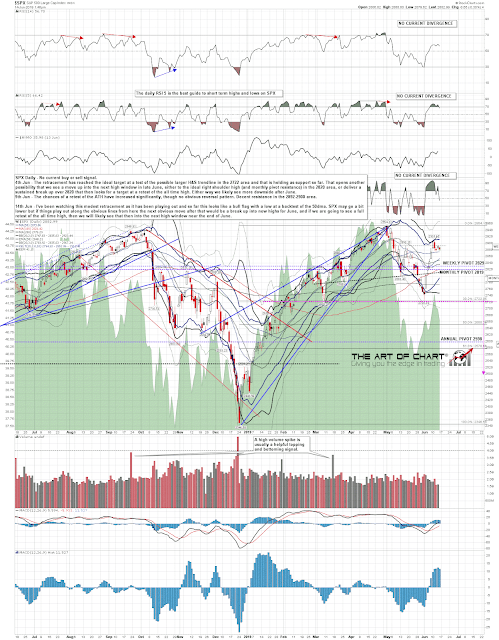