The Janus flag setup I was looking at on Wednesday delivered yesterday and I’ll talk a little more about these today as they are relatively common and worth remembering.

In this case on SPX what appears to be a high quality H&S has formed and broken down towards a target in the 2635 area. In truth though, as shown on the chart below, a perfect bull flag channel has also formed, which broke up yesterday with a strong minimum target at a retest of the all time high.

What were the tells here? The RSI divergence buy signals and lack of topping patterns on the hourly NQ and TF, and the channel/wedge shaped decline on SPX. A classic example of this kind of continuation flag is a break below the reversal pattern support and then rejection from there breaking declining resistance from the high, and that is what we have seen here.

These are very useful patterns and I’ve named them Janus Flags after the roman god with two faces. Janus is the god of gates / doorways / transitions, and has two faces because he is always looking simultaneously backward and forward in time, not unlike a technical analyst actually, so he might well be considered the patron god of TA. 🙂 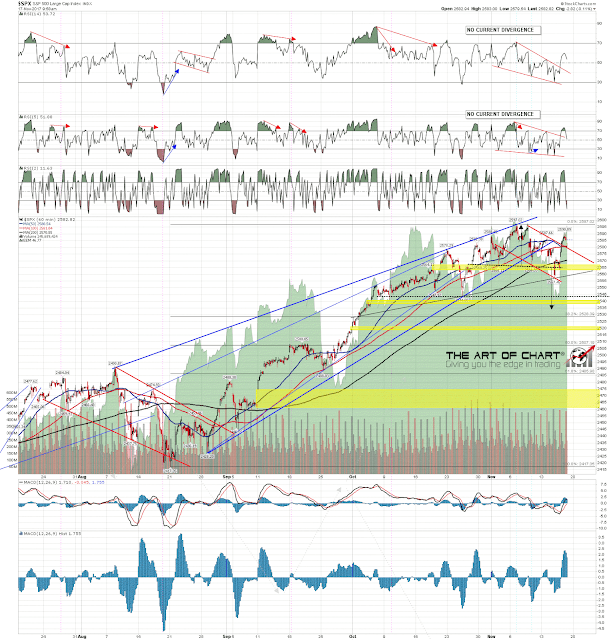 On the SPX daily chart the RSI 5 sell signal made target and the RSI 14 sell signal has found support for the moment at the 50 level on RSI 14. What is often seen in this situation is a higher high on price with another lower high on RSI before another and probably stronger retracement. SPX daily chart: 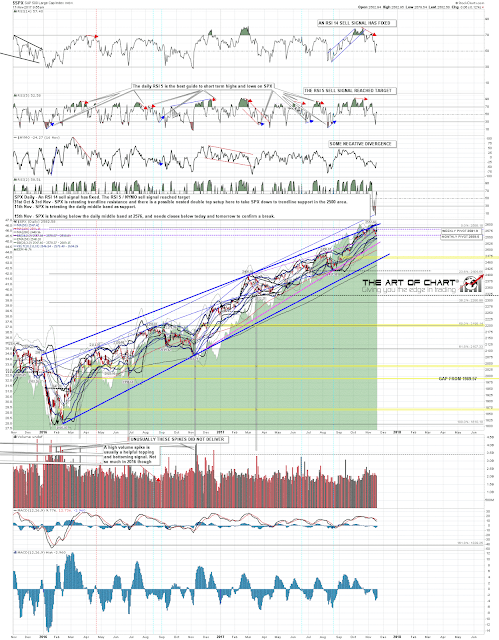 The ES, NQ and TF futures charts below were done before the RTH open for Daily Video Service subscribers at theartofchart.net. If you are interested in trying our services a 30 day free trial is available here.

ES broke up from the flag wedge yesterday with a minimum target at a retest of the all time high. The weekly pivot at 2579 was support overnight and is being tested as support this morning. On a break below the next support would be broken flag wedge resistance, now at 2573/4. ES Dec 60min chart: 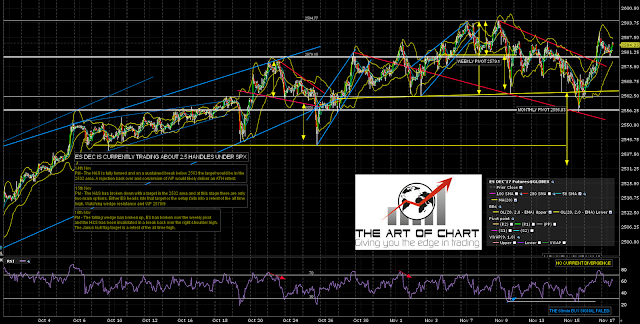 The bull flag wedge broke up yesterday on NQ and reached the minimum flag target at the full retest of the all time high. I’m not seeing any obvious reason to expect NQ to reject hard there, but obviously this is a potential double top setup. NQ Dec 60min chart: 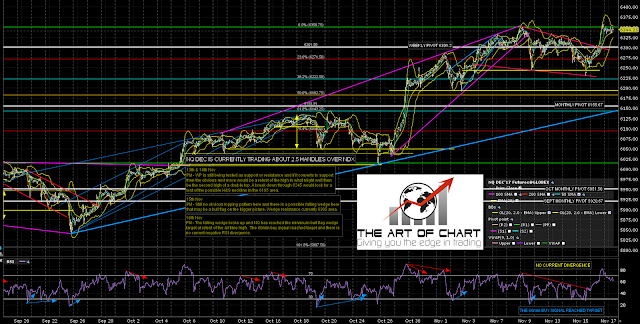 TF did pick up the pace yesterday and I still like this setup as an overall bull flag megaphone forming. If so the next target within the megaphone would be megaphone resistance currently in the 1515 area. If that isn’t the case then the 61.8% fib retracement of the falling wedge that broke up there yesterday is obvious possible resistance. TF Dec 60min chart: 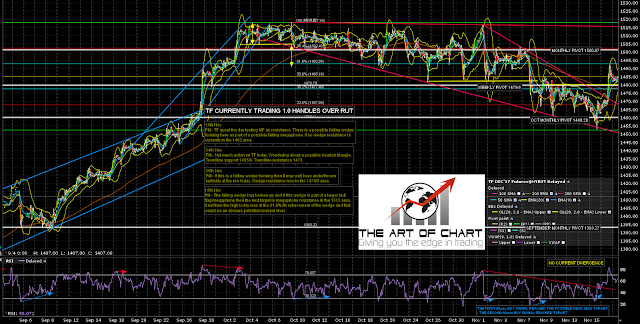 NQ and TF reached obvious resistance levels yesterday, but the ES/SPX target to retest the all time high is a strong target that I’d expect to see reached 90% of the time, so my lean is that ES/SPX reach that target after this small pullback and likely that also pulls NQ and TF through immediate resistance.

Next week is a holiday week and I’d note that the only remaining days this year with a historically significant bearish lean are the last trading day of November and December. Everyone have a great weekend 🙂