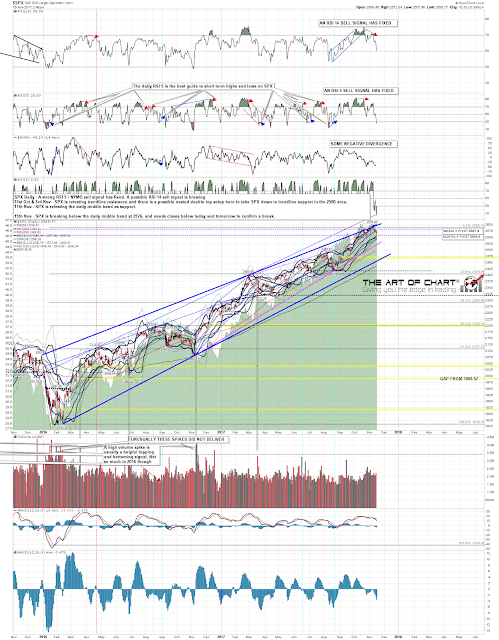 At the open this morning the H&S that I was looking at on ES yesterday broke down with a target in the 2532 area. On the chart below is the even higher quality SPX version, which broke down with a target in the 2535 area, before rallying back over the neckline. At this point there are only two high probability options. The first option is that SPX/ES head down to those targets, the second option is that the setup fails, and we see a fast return to the all time high, and that reversal would generally occur shortly after the pattern support break. SPX 60min chart 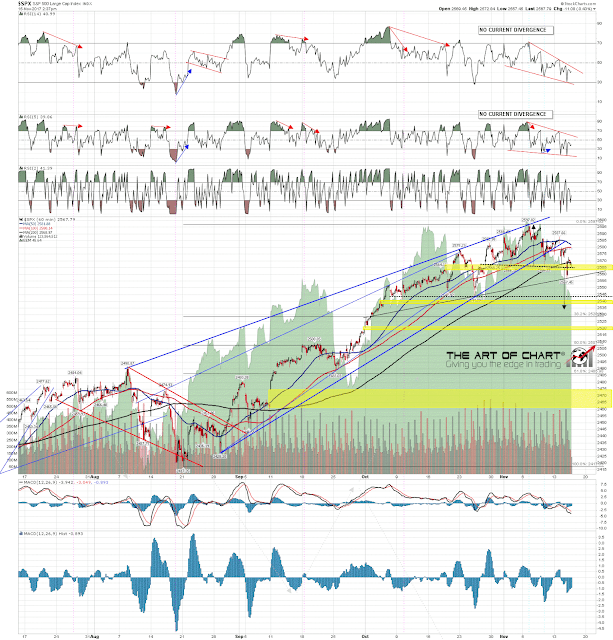 If we do see that reversal, then that would be something that I call a Janus flag, which is a kind of flag that looks like a topping pattern until that pattern fails, but is in fact something else. In this case there is a decent argument that all of ES, NQ and TF are in fact forming falling wedges that would normally be forming as bull flags. It may be that the reason that the only decent topping pattern is on SPX/ES is that all time high retests are needed to form topping patterns on NQ and TF as well.

The alternate option to that though is that the falling wedges are the topping patterns on NQ and TF, and that they will take the lower probability 30% option to break down delivering high quality targets below. That makes the setup here a simple one. 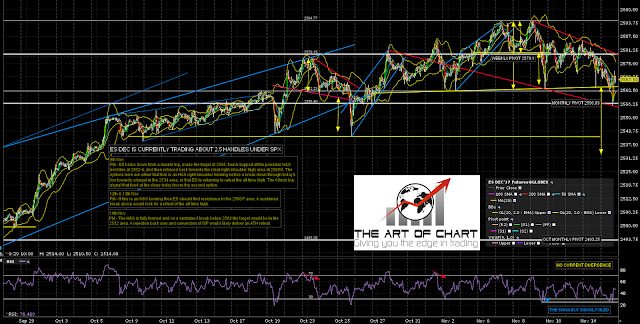 On NQ wedge support is now in the 6230 area. A sustained break below looks for the wedge target in the 6110 area, slightly below rising support from the September low, currently in the 6125-30 area and the obvious target for a retracement here. Wedge resistance is now in the 6310 area, slightly above the weekly pivot at 6301.2. A sustained break above looks for that all time high retest. NQ Dec 60min chart: 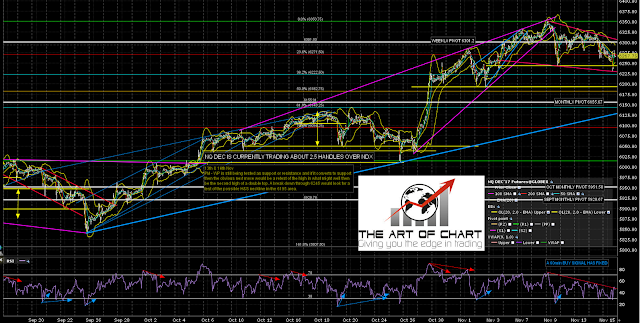 On TF wedge support is now in the 1454 area, and broke down slightly in what may have been a bullish underthrow this morning. A sustained break below looks for 1390 area, where there is some established support at the early September low. Wedge resistance is now in the 1475 area, slightly under the weekly pivot at 1479.6. A sustained break above may looks for an all time high retest, though TF would need to pick up the pace a bit to deliver that. TF Dec 60min chart: 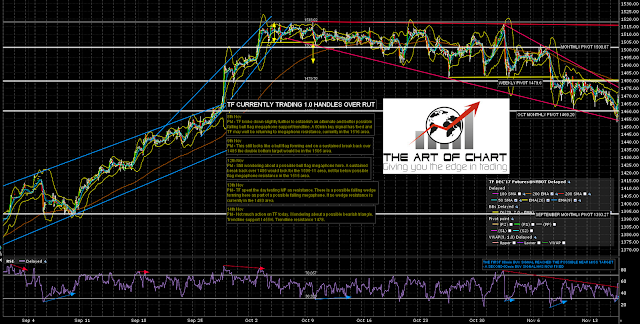 This should be a straightforward either/or scenario, and if it resolves up then the ATH retests on Es and NQ may well be the second highs of slightly larger double tops. We’ll see how it goes.

Stan and I are doing a free webinar at theartofchart.net after the close tomorrow looking at AAPL, AMZN, FB, NFLX and TSLA. If you’d like to attend that you can register for it on our November Free Webinars Page.