The secondary scenario is that a large triangle is forming here and that SPX is heading towards triangle resistance, currently in the 2745 area. As triangles are to an extent a “Get Out Of Jail Free” card for pattern targets, on a fail, there we would likely still reach the Three Day Rule target, and I’d add this to the other two exceptions when the rule triggered while a triangle was forming.

If we do see this scenario develop then, as SPX moves to triangle resistance, NDX and RUT may reach their IHS targets in the 6945 and 1608 areas respectively.

If SPX breaks over triangle resistance, then the Three Day Rule has had a first fail, and SPX would likely reach that IHS target in the 2792 area. At that point, I’d be fairly neutral on direction, though excepting at least a retracement sometime soon. 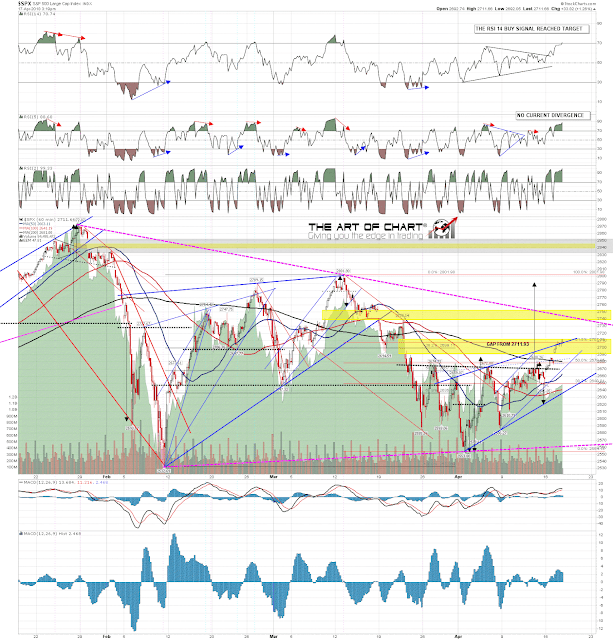