Well, SPX has finally retraced over the last couple of days, and the bull/bear line that I’m talking about on the video is rising support from the April low. That was tested as expected not long after I recorded the video and that’s holding so far. On a break below, this rally has likely ended unexpectedly early. If it holds, then SPX should do another leg up into the 2730s and triangle resistance there. I’m leaning towards another leg up unless that trendline support breaks. We shall see. Intraday Video from theartofchart.net – Update on ES, NQ, and TF: 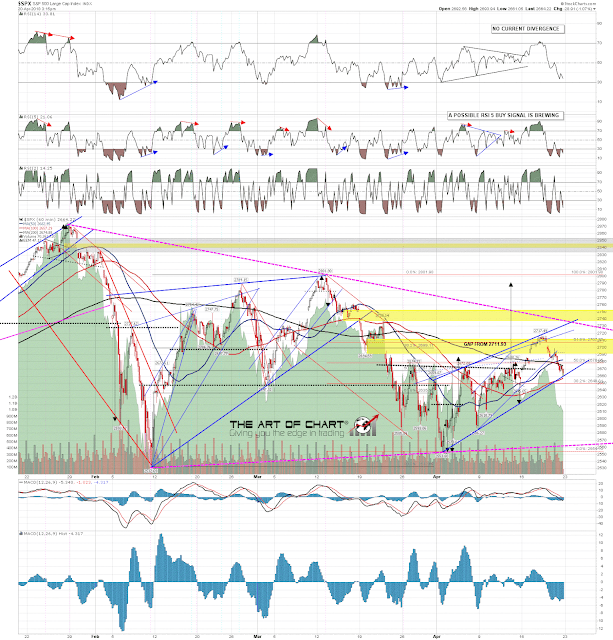 0 thoughts on “Another Friday, Another Inflection Point”