Stan and I did an educational webinar at theartofchart.net yesterday after the close on trading in bear markets, and we were talking then about ES/SPX being at an inflection point where on a conversion of the ES weekly pivot at 2441 to resistance ES would likely head down directly into the low retest, but if decent support was found there ES should reject into a retest of the rally high and ideally head for a target in the 2550 area. You can see a recording on that webinar on our January Free Webinars page.

On ES the obvious next serious resistance is at the monthly pivot at 2545.75 and that is now getting close. I’d note that the SPX daily middle band is now in the 2537 area. If resistance is not found there then there is an alternate scenario with a target in the 2600 area which would be a match with the obvious trendline resistance on ES. ES Mar 60min chart:

First trendline resistance on SPX is now being tested. Obviously there is a possible fail area here but the alternate rising channel resistance is currently in the 2590 area if we see a sustained break above. SPX 15min chart: 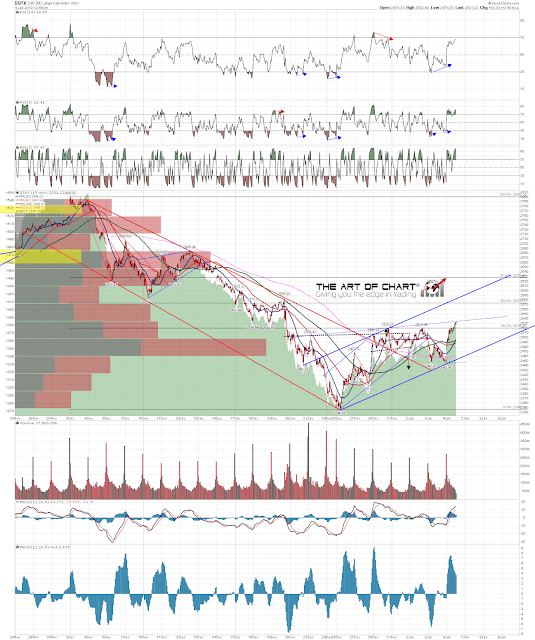 On NDX the obvious wedge resistance is now in the 6450-60 area and has not yet been tested. Ideally we would see some retracement here and then that test on hourly negative divergence. NDX 15min chart: 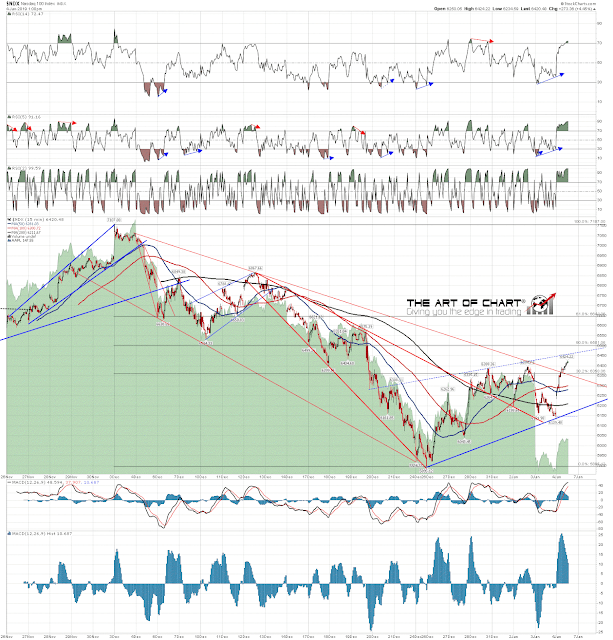 The ideal rally high would be made on Monday or possibly Tuesday and I’m watching to see whether there is a daily close over the SPX daily middle band. That could open the higher targets, though a closing break above today might of course be a prelude to a rejection back below the band on Monday. Either way this should be a bear flag forming and on a break back below flag support, currently in the 2460 area, the obvious next target would be a retest of the 2018 low at 2346.58, with an attractive target not far below at rising support from the 2011 low, now in the 2300 area. Everyone have a great weekend. 🙂