I am pleased to announce our newest option service, Vega Options hosted by Paul Frey.

Paul has spent three years with us here at The Art of Chart and has a talent for Options Education. Paul is a 30 year veteran of option trading who has spent most of those years learning and refining his trading skills.Vega Options is an educational service that is designed to help you understand how to minimize risk and use advanced options strategies and techniques to become a more profitable trader.

Paul will describe many trade opportunities in real-time. It will be your decision whether or not to initiate those positions. The best way to demonstrate how the service works is to see what Paul did with his Tesla (TSLA) trades beginning on January 2nd. Below are the actual screenshots from the private Twitter feed.

Paul had posted a chart on the day previous to this tweet to introduce the idea that he was considering a new position in TSLA. He didn’t take the trade that day and he revisited the idea the next day by re-posting the previous day’s chart and adding his real-time trade idea. 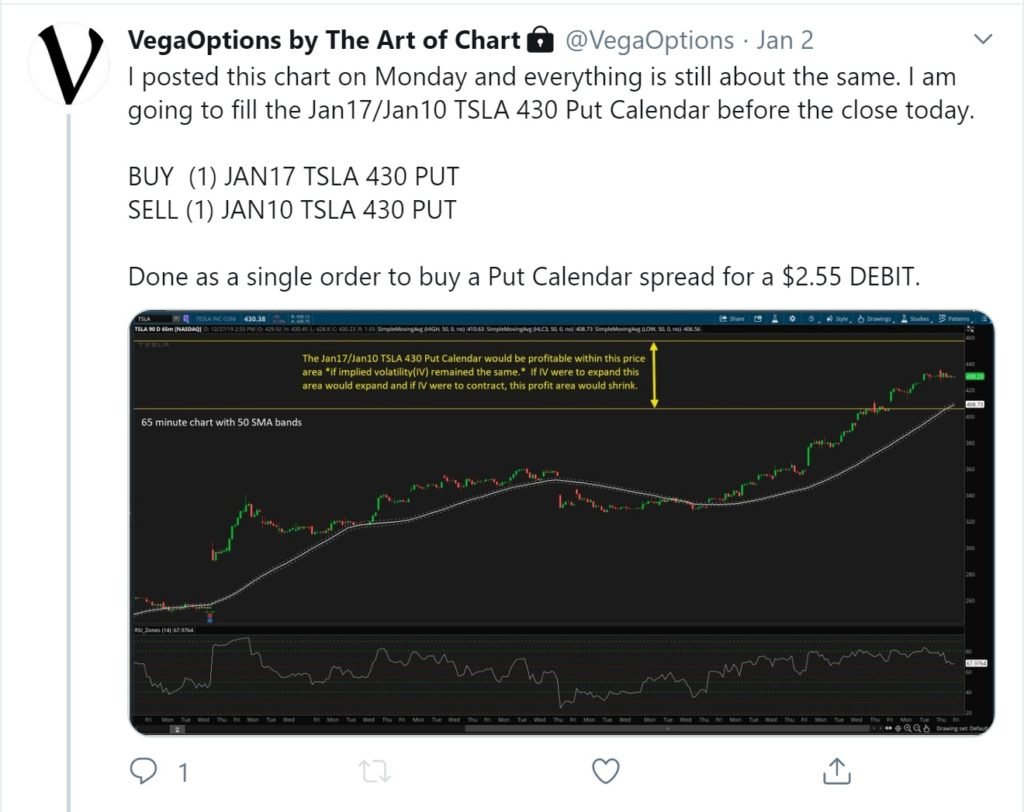 He followed up the next day with a review of his trade fill and what he would need to see happen in order to keep or exit the position. This position was not being considered as a long term hold, it was the type of position which would generally be held for 1-5 days depending on Tesla’s price action. 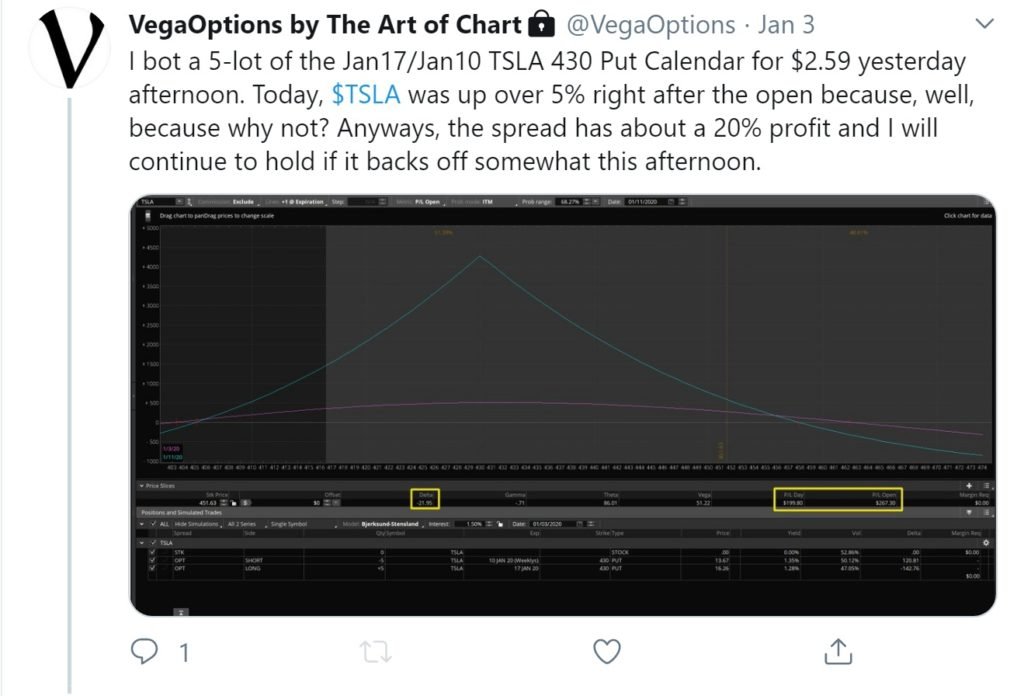 Later that afternoon Paul was enjoying the profit on the trade but also managing the position. The particular strategy here was to own short duration Calendar spreads to take advantage of a large amount of positive Theta (the option Greek for time decay). If the position isn’t managed closely and the price of TSLA moves too much in either direction, the trade isn’t likely to be as profitable. As you can see below, the price of TSLA kept moving higher so Paul exited the position with a good profit instead of risking the possibility of price pushing outside the profit zone. 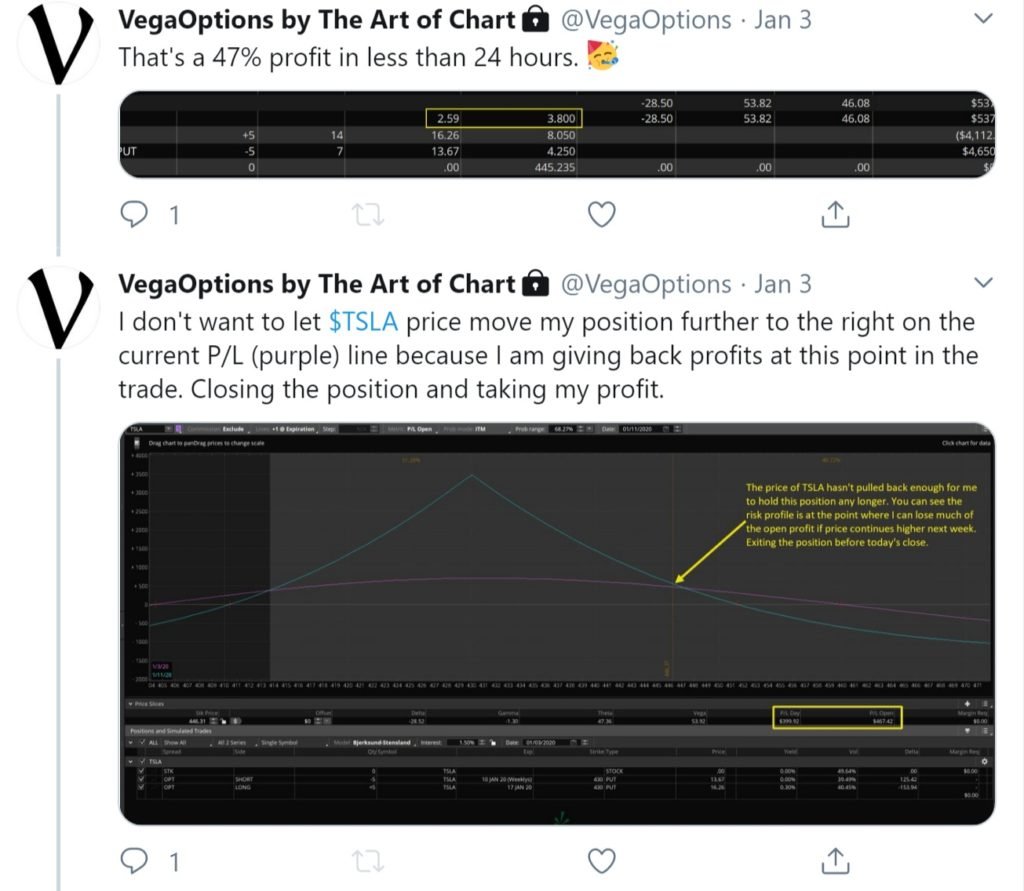 Just before the close on Friday Paul updated everyone that he had closed the original position and opened a new position. This one started out with the price centered within the Calendar spread to maximize the probability of success during the next trading day. Any subscriber who also wanted to make this trade could have simply copied the position and placed it for their own account. 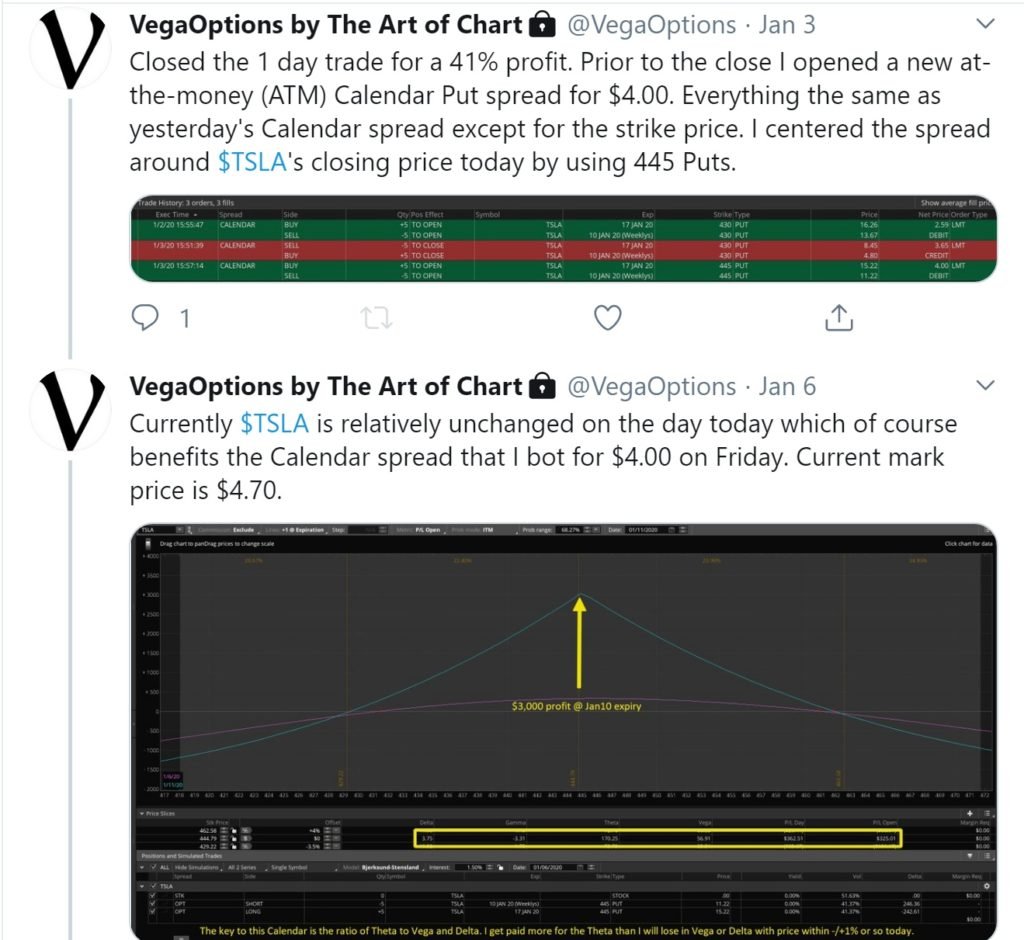 Monday started with the price of TSLA being relatively unchanged at the open (see just above) and the option position up 17% due to the positive Theta. Paul was content to hold the position into at least Tuesday’s trading but, late in the day, TSLA started to rally strongly again so Paul tweeted that he was exiting the second position. He was now flat and held no open position in TSLA. 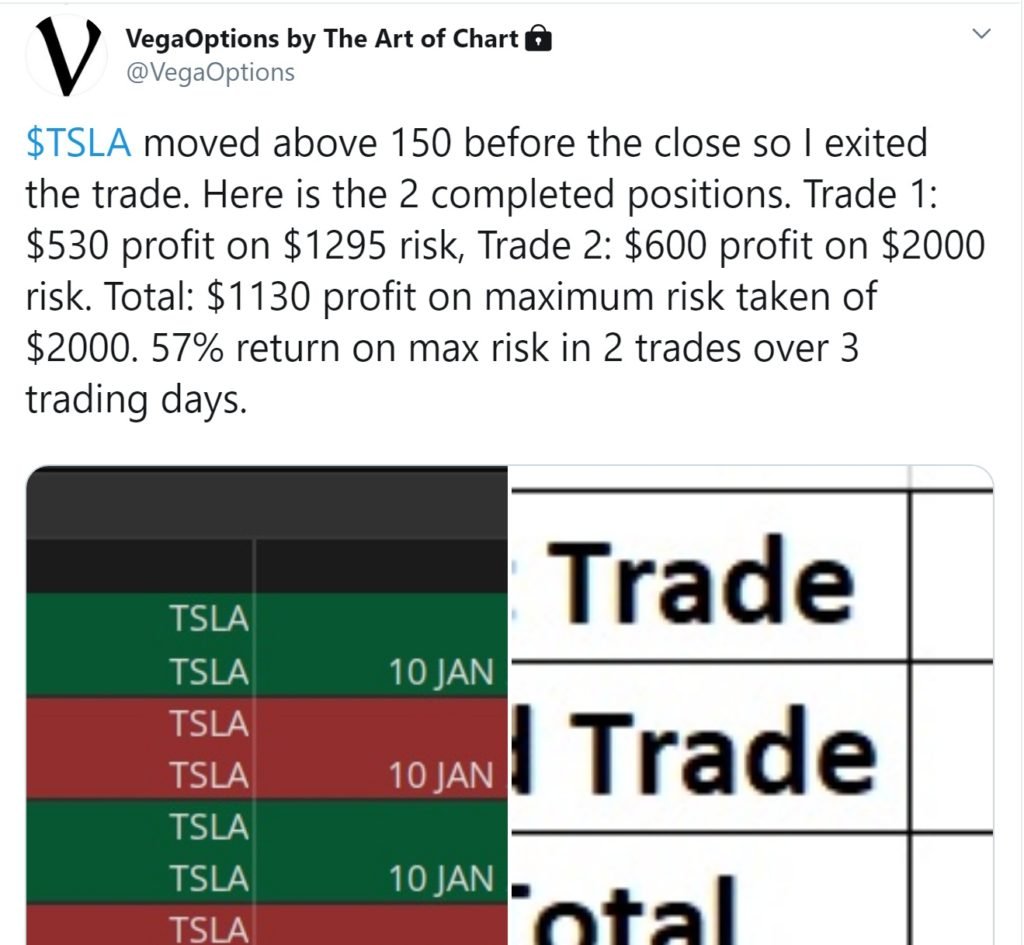 Hopefully that gives you an idea on the type of educational option service we will be running here. Many of the charts and risk profile images that Paul posts will be annotated for you to review or download to add to your personal reference library. There will be lots of content and option related discussions between all of the Vega Options Twitter followers. We think you will find the service worth your while!

If you would like access to the Vega Options by The Art of Chart private Twitter feed, you can sign up for a 14 day Free Trial to try out the service. What have you got to lose, it’s free!