In Chart Chat on Wednesday morning, Stan and I were looking at the next support levels on SPX and my pick was triple support at rising support from the Feb 2016 low, and the 200dma and annual pivot levels at 2538/9, all a match with a retest of the ES globex low on Monday night. We were thinking that might well yield a bounce but that SPX would likely go lower afterward. SPX tested that today and is bouncing so far, but rising support from the February 2016 low is now broken after that also broke on RUT on Tuesday morning. Both breaks are likely to follow through to the downside before this retracement is finished. Intraday Video from theartofchart.net – Update on ES, NQ, and TF:

What an interesting year it has been so far. It’s nice to see a bit of life return to the tape. Does this mean that the bull market is over? Unlikely in my view. I’ll be doing a post at the weekend, if I have time, to show why that is. SPX daily chart: 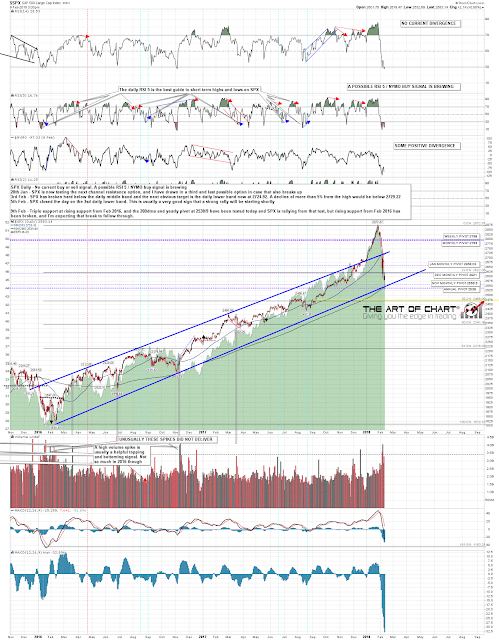 It has been a very intense week. Everyone have a great weekend 🙂