Nice rally from Friday’s low. Not expecting that to be the retracement low but there are fixed hourly RSI 14 buy signals that are not close to target and my lean would be that there is at least some more upside coming. Intraday Video from theartofchart.net – Update on ES, NQ, and TF:

On the daily charts, RSI 5 buy signals look likely to fix at the close today. Again that is arguing either for a stronger rally here, or that lower lows won’t be as definite as the ones that the indices have been making so far. SPX daily chart: 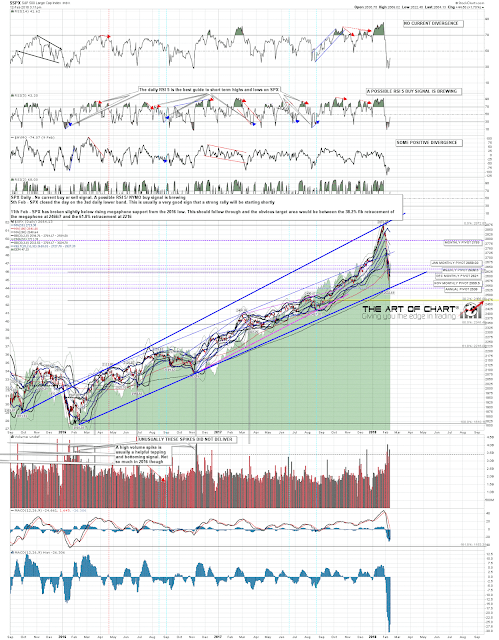 I’m preparing a post putting a strong technical argument that the bull market from the 2009 low is not finished, and having a look at where SPX is likely to be within the structure of that bull market. The post may not be out until after the close tomorrow, but the video segment will be posted on our YouTube channel and I’ll be posting the link to that video on my Twitter later today.