That was an unsatisfyingly fast low last week with none of the usual bottoming signals, but it was a higher low against the early August low, and the break under the daily middle band on Wednesday was firmly rejected on Thursday and confirmed on Friday, with a decent quality bull flag channel on ES breaking up on Friday, so that flag has a minimum target at a retest of the previous high at 2863.43 SPX, and that puts SPX within easy striking distance of the all time high at 2872.87. 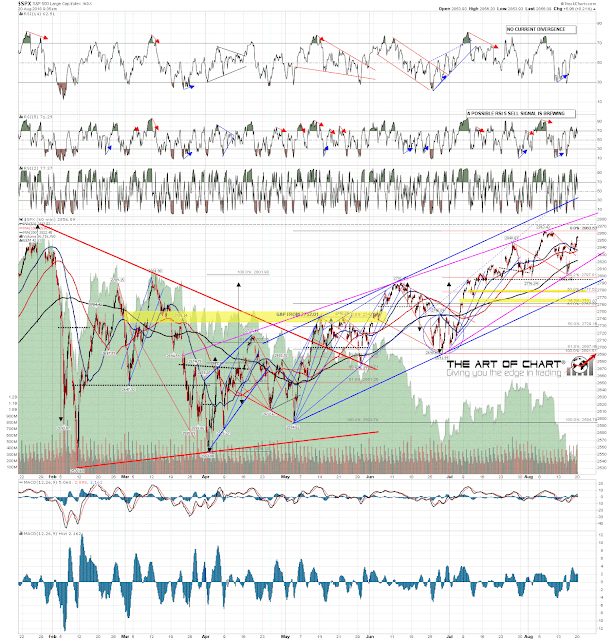 We are looking for a possible backtest of the 2780 area after the next high, leaning towards a 2880 area target for that. We are looking for a more significant high in September/October that should respect main trendline resistance now in the 2950-70 area.

Stan and Suz are doing a webinar on Thursday on Options For Income, our options premium capture service, which has been doing very well, and if you’d like to attend you can register for that on our August Free Webinars page.