At the open this morning, there was a key common thread on SPX, NDX and RUT in that all three were either close (SPX & NDX), or at (RUT) their key resistance trendlines from the all time highs. As I’ve been writing, the falling channel resistance on SPX and falling wedge resistance on NDX have both broken, with RUT having already broken up earlier today.

What this means is that this move is entering a new phase, either setting retests of the all time highs or signalling retracement and consolidation before the next move down. The more obvious move is retracement and consolidation but we could see the high retests, and I’d note that the seasonality favors the bulls into late December, and that while all the hourly RSI 14 buy signals made target yesterday, the daily RSI 14 buy signals on SPX, NDX and RUT are still nowhere near target.

On NDX, the obvious retracement targets would be one of the 50% or 61.8% targets in the 7070 or 7220 areas respectively. On SPX, there is a potential bear flag channel here for which the obvious next target would be in the 2840-50 area, though it remains to be seen whether SPX can break back over strong resistance in the 2815 area. We shall see. In the the short term, possible hourly sell signals are now brewing across the board, and the next step may well be to backtest this break up from yesterday morning. 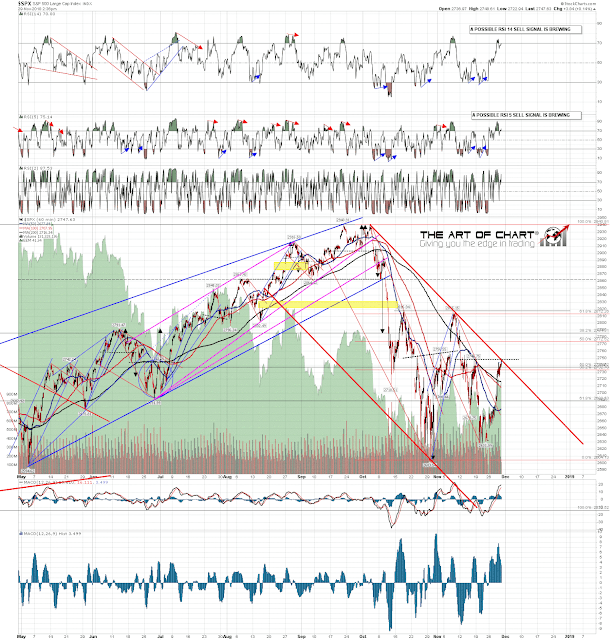 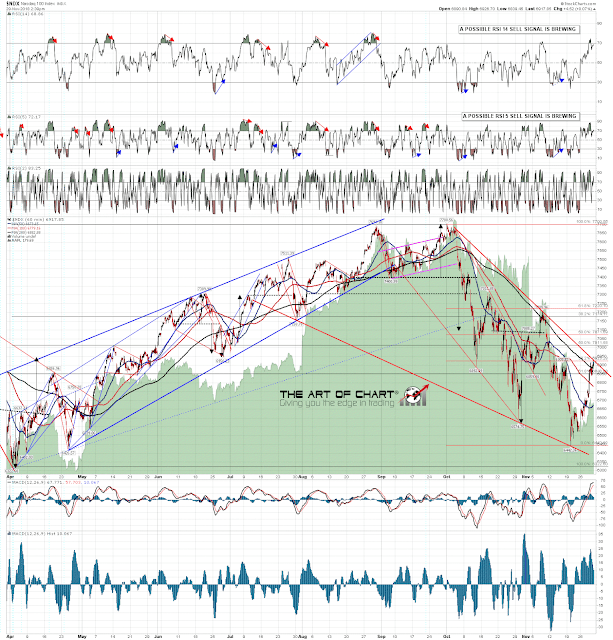