It’s been a while since my last post and my apologies for that. It has been an intense summer of medical treatments for my wife, exams and results for my children, computer upgrades and so on. I’ve been feeling somewhat drained.

However the market has so far avoided being as tedious as it often is at this time of year, and, if I’m not much mistaken, then the next leg down on equities has started this morning from a short term reversal setup that is really one of the nicest that I have seen in quite a while. I was going through that in detail across SPX, ES, NQ, RTY, DAX and ESTX50 in the video below before the open this morning.

The rising wedge that I was looking at on ES before the open has now broken down, and ES should now be on the way to short term double top support at Friday’s low 2894. A sustained break below looks for the 2848 area.

I still have an open target below at the 2822.13 SPX retest and that is a 5dma Three Day Rule target, which was just missed on the last swing down because a triangle is likely forming here. In the cases of the previous two times this has happened since the start of 2007, that target was not hit before the retest of the previous highs (all time high in the current case), but they were both bullish triangles. This one should be a bearish triangle, so the 2822 target should be hit on the way to the next downside targets. 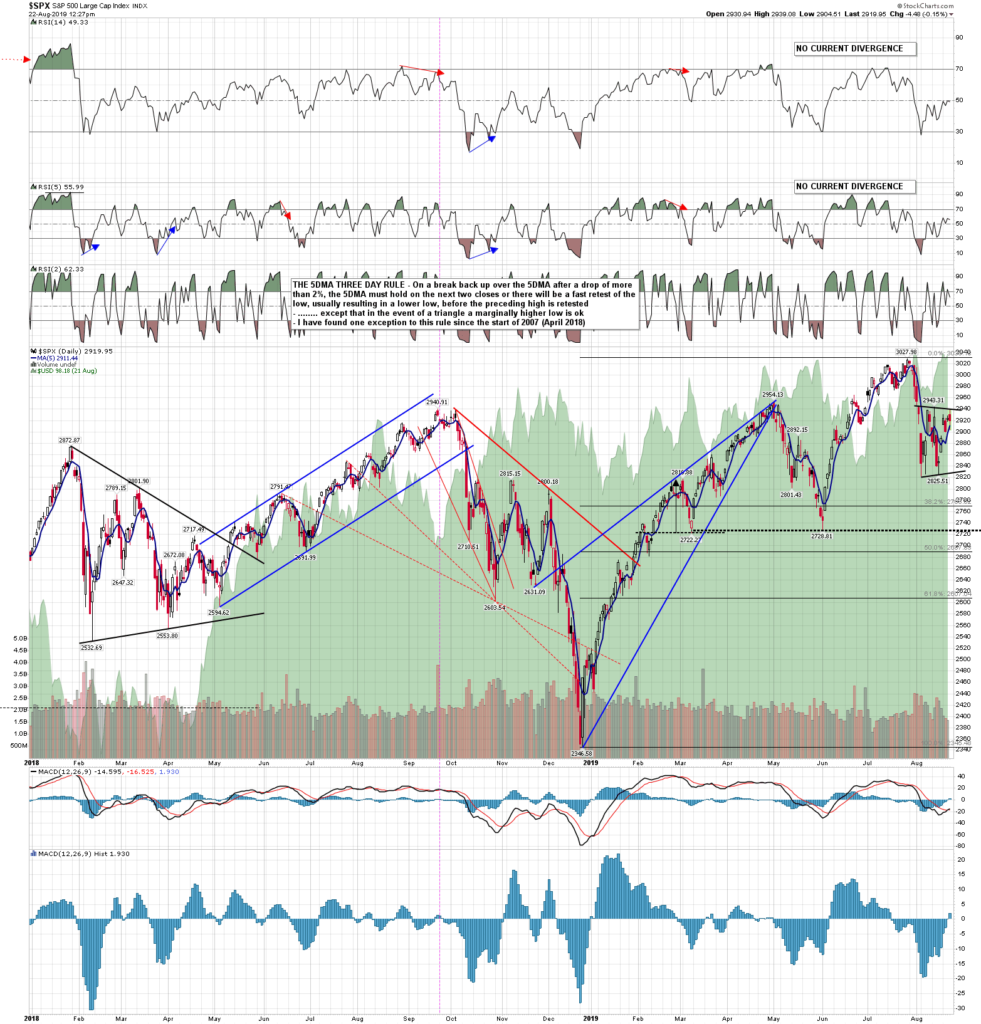 I have sketched in the likely triangle on SPX and the obvious target for the wave D low is currently in the 2830 area. I’d then be looking for a limited rally, perhaps into the 2850-70 area, before the triangle break down, ideally towards the 2730 area for a more serious low there. 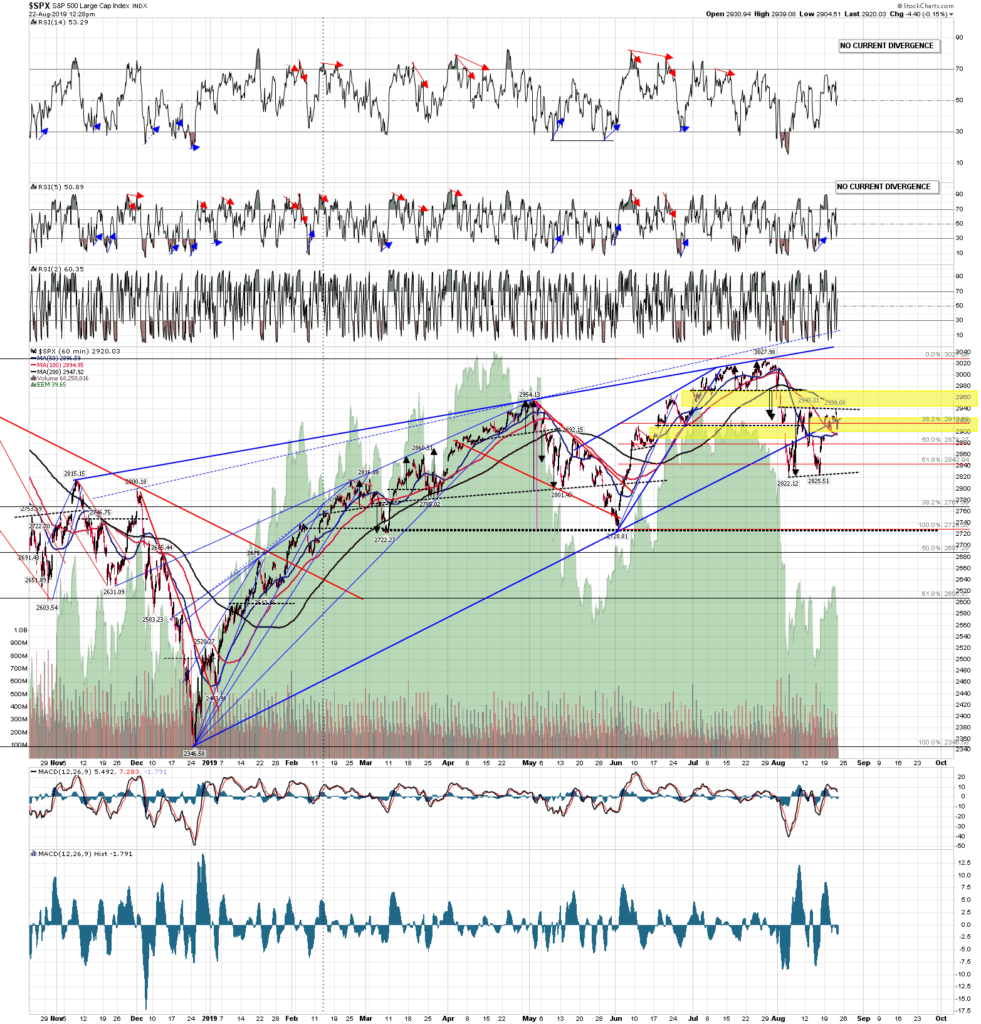 Stan and I are doing two free public webinars tonight, and if you are interested in attending either, or both, you can sign up for those on our August Free Webinars page. The first webinar is at the RTH close, 4pm EST, on My Favorite Setups Using Futures And Options – Part 3′, and the second at 5pm EST is our monthly free webinar on FAANG stocks and key sectors.