ES has spent the whole of October in a low cycle but so far the action has been all sideways, with a strong rally last week taking SPX back close to the highs on the hope of a China deal. There was a China deal, albeit more of a glorified breathing space while more talks continue on the many tricky points of contention on which there seems to have been little or no progress so far, and there was good news for Soy and Lean Hogs, which are now cleared for purchase by China. With the asian swine epidemic having had such a severe effect on herds Lean Hogs particularly look like a very interesting long here.

In terms of equities though it’s hard to see much holding SPX up here in the wake of the China talks, and with the low window having extended somewhat due to this sideways action, SPX is still in a low cycle until the last week of October, before a high cycle into late November and then a low cycle into March/April next year. The pattern setup looks good for a decline into the low window and I’m leaning towards a subsequent all time high retest into the high window at the end of November, possibly to make the second high of a double top.

In the short term ES formed a high quality rising wedge within a larger rising channel with the wedge breaking down on Friday. Key support is the monthly pivot at 2963.50 and ES has been trading slightly above that most of today. I’m expecting that to break, but it seems that might not happen today.

Ideally though that break would happen today as the daily middle band on SPX is just below monthly pivot, now at 2959, and on a break back over the daily middle band like the one we saw next Friday that is not going to be sustained, then the usual rejection back below comes in the form of a strong rejection candle on the next trading day. If the middle band is backtested today and holds as support, then we could well see a retest of Friday’s high next. 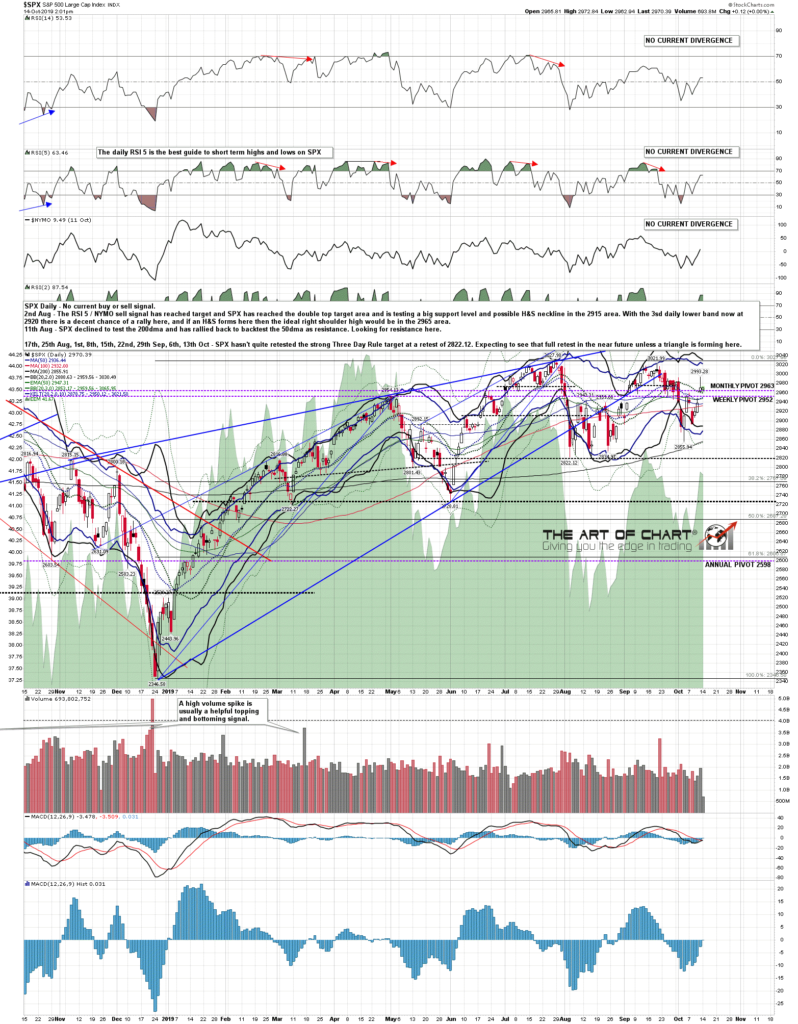 Is there a case for going a bit higher before going lower? Well yes. SPX could be forming an overall bullish triangle here and, if so, the next obvious target would be triangle resistance, now in the 3015-20 area, before a retracement that might then only take SPX back halfway to triangle support in the 2830-5 area. That’s a possible scenario here, but not the likeliest one. The setup for more downside without that however would be much improved by a break and conversion of the 2960 area back to resistance. 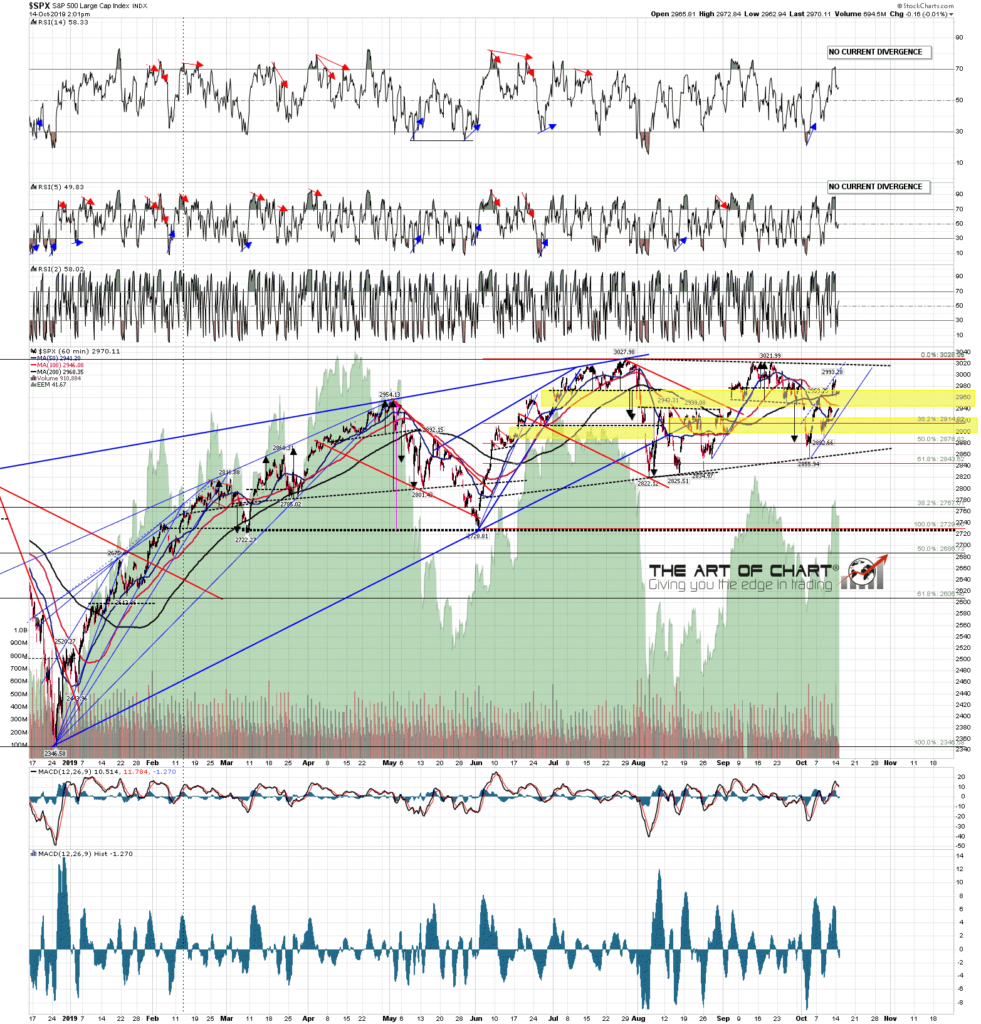 One way or the other SPX will likely move back onto an up cycle by the end of October , and the longer SPX spends going sideways in the meantime, the less ambitious any downside target should be. If we see a definite turn down in the next day or two then a target back in the 2800 area still looks doable.