ES never managed to break below weekly pivot support last week, but the new weekly pivot moved over price and ES is now testing the monthly pivot at 2698, which is holding so far. SPX and NDX have broken their rally rising wedges and retraced 38.2% of them, and if we are to see a backtest here, which looks likely as I write, then the obvious target would be the daily middle band, now in the 2735 area.

I’ve included the full intraday video today as I’m running late and I like to post one of these once a week or so. Intraday Video from theartofchart.net – Update on ES, NQ, and TF, DX, CL, NG, HG, GC, ZB, KC, SB, CC, ZW, EURUSD, GBPUSD, USDJPY, USDCAD, AUDUSD, and NZDUSD:

On the bigger picture, we are ideally looking for a move to the 2450 area, and SPX ideally makes that in four weeks or so. As and when we make a tradeable low on this move, we will be looking for at least ATH retests, so anyone looking for the bearpocalypse to start here is likely to be disappointed… again. SPX 60min chart: 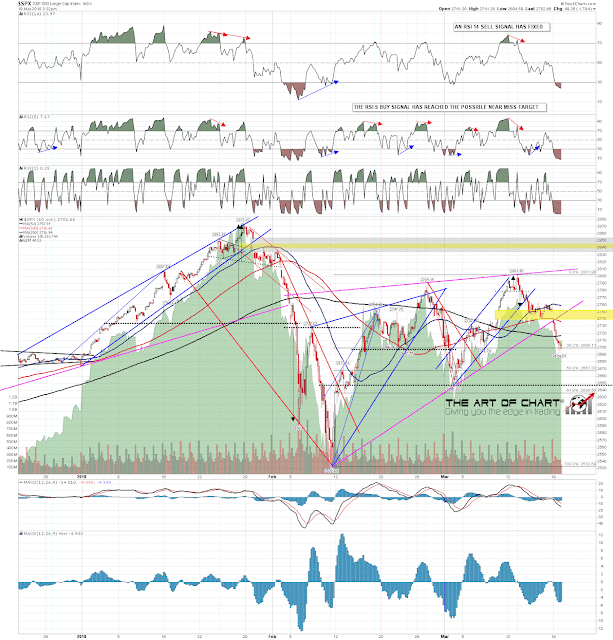